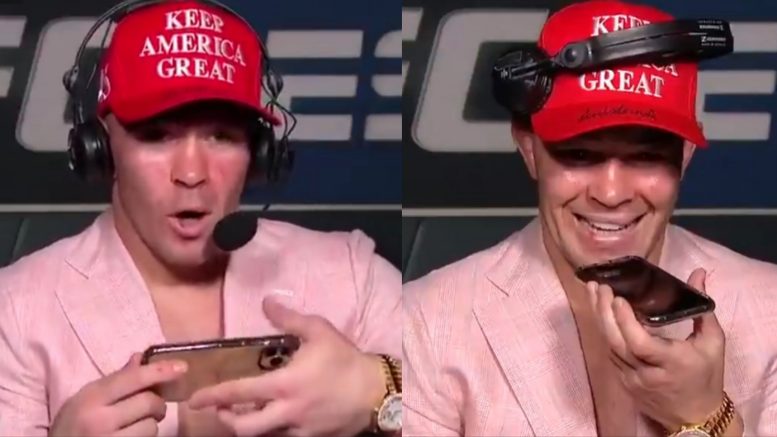 Covington, who was wearing a Keep America Great hat that was signed by the President, had his post-fight interview interrupted when someone handed him a phone with Trump on the other end. “Oh POTUS is calling me! Mr. President!” the fighter exclaimed before putting Trump on speaker phone.

Covington, who attended Trump’s rally in Henderson, NV last weekend, replied, “Thank you, Mr. President. You gave me the dragon energy when you shook my hand on Sunday at your rally. It doesn’t matter if King Kong was in front of me. I was not gonna lose after getting to shake your hand.”

Trump told Covington that he finished his Noeth Carolina ally time to watch the fight and again congratulated him for his victory.

“You are something. I appreciated the shout out tonight, too. I’m your fan, you’re my fan. Two of a kind,” Trump said.

“I’m gonna bring you the new belt to the Oval Office soon after you win November 3rd by a landslide,” Covington told President Trump after thanking him for the phone call. Video Below