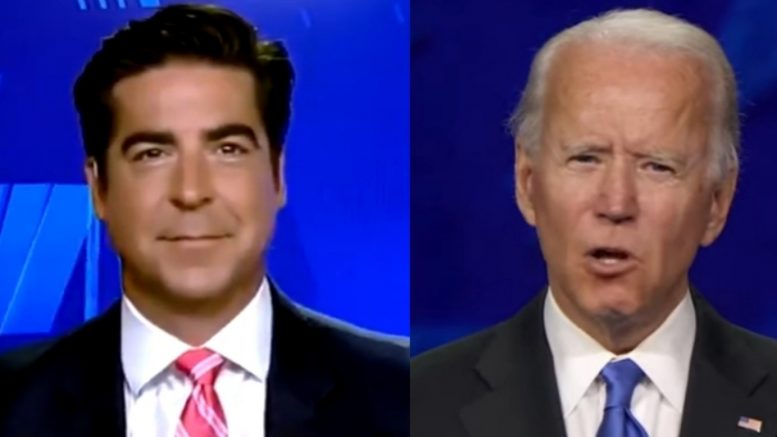 Fox News host Jesse Watters broke down why former Joe Biden should be “nervous” about the current status of the 2020 race, as new poll numbers show Trump edging ahead of the former Vice President in Florida and within the margin of error in other battleground states.

Aside from polling, Watters cited other indicators that are favorable to President Trump’s chances, including the tremendous amount of Republicans who have registered to vote versus Democrats.

“If I’m Joe Biden, I’m nervous,” Jesse told his fellow co-hosts on The Five on Tuesday. “Because right now Donald Trump is within the margin of error in every single battleground state. We talked to the Trump campaign — they’re pretty confident. I don’t think the Biden campaign is very confident.”

He continued: “If you wanna look at numbers, the Republicans are out-registering Democrats by massive amounts in Florida. They’ve out-registered them by over 450,000. North Carolina: 230,000, Pennsylvania: 150,000.”

“I think this race is dead even, with the President having a slight edge. And right now, I’d rather be President Trump,” he declared. Video Below

.@JesseBWatters republicans are out registering Democrats in massive margins. pic.twitter.com/wLGqXi1c4c