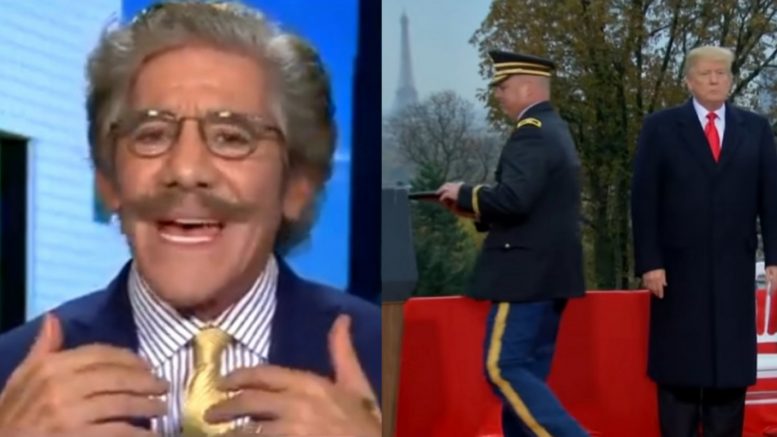 Geraldo Rivera ripped Democrats and The Atlantic magazine for “conjuring up a story” about President Trump that has amounted into nothing more than a “hit job” with the goal of shifting attention away from the tremendous economic rebound that America is undergoing.

According to the magazine’s report, which has since been debunked, President Trump cancelled a planned 2018 trip to a cemetery in France for American marines who died in World War I because of disdain for the slain soldiers who are buried there. The article also alleges that Trump called the deceased soldiers “losers” and “suckers.”

Related Article: Bongino Erupts Over The Atlantic’s ‘Hit Job’: “This BS Story About Trump Is Going To Blow Up On The Disinformation Specialists Who Spread It”

In response, Geraldo told co-hosts on The Five, “What the Democrats are doing is obvious to me. They can’t attack the economy, so what they’re doing is they are conjuring up a story that the President called GI’s ‘losers’ and attacked the United States Marines because he didn’t want to go to a ceremony, allegedly.”

“This is a hit job,” he declared. “I want everyone to understand what’s happening here.”

“To say that he looked at GI’s as losers is a pathetic detour. It’s a distraction from the story of the American people resiliently recovering economically with a vaccine just over the horizon. And for them to impeach the credibility of that as well shows that anything goes now,” Geraldo proclaimed. Video Below