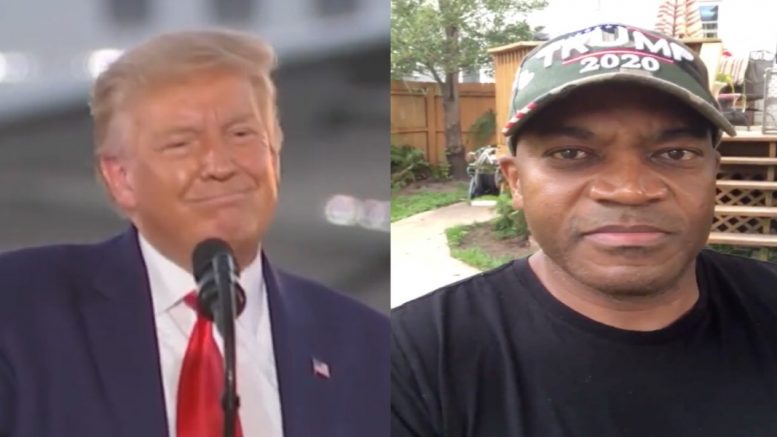 Billy Ray Todd, who served 24 years in the Army as a paratrooper in the 82nd airborne infantry division and retired as an E-7, took to Twitter Saturday to show his support for President Donald Trump.

Todd posted a video message praising the Commander in Chief following The Atlantic’s anti-Trump story, calling the paper “a disgrace to journalism”.

“While I was under Obama and Biden, I saw the drastic cuts in military spending for military readiness. It was a disgrace what happened to us in the military and veterans and military families,” Todd expressed.

He continued: “And since President Trump came aboard, he made promises and kept promises to Veterans Forever GI Bill, the Veterans Transition and Benefits Act.

Colmery Veterans Educational Assistance Act, also known as the “Forever GI Bill,” was signed into law on August 16, 2017, and brings significant changes to Veterans’ education benefits. Many of the changes enhance or expand education benefits for Veterans, servicemembers, families and survivors.

For military spouses there is a significant change as part of the Veterans Benefits and Transition Act of 2018. “This allows military spouses to elect to use their service member’s state of legal residence for state and local taxes,” Army Lt. Col. Dave Dulaney, the executive director of the Pentagon’s Armed Forces Tax Council said in January, 2019. Continued Below

“President Trump has done more for Veterans and families than any president ever in history,” Todd said in his video. “The readiness of our military is 1000% today.”

“We want to thank you President Trump for doing a great, outstanding job. Promises made, promises kept,” he continued.

Billy Ray Todd also slammed the latest anti-Trump story by The Atlantic, which claimed that President Trump canceled a planned 2018 trip to a cemetery in France for American marines who died in World War I because of disdain for the slain soldiers who are buried there. It also alleges that Trump called the deceased soldiers “losers” and “suckers” when cancelling his trip, as per the article’s “anonymous sources”. Video Below

“And the paper, The Atlantic, you’re a disgrace to journalism. You’re part of the fake news. We know what fake news is. Fake news target[s] our president everyday,” Todd said.

“But I’m here to tell you, many Veterans stand along with President Trump, and we’re here to do the right thing,” he concluded.

Fmr. President Trump Releases A Statement After Meeting With McCarthy At Mar-a-Lago