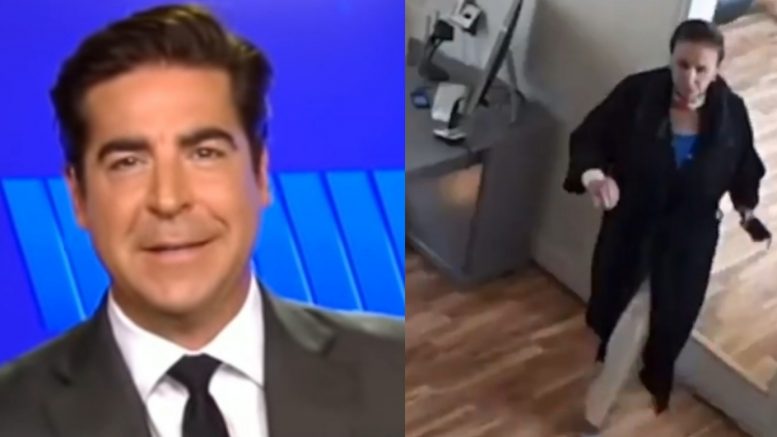 Fox News host Jesse Watters took a jab at House Speaker Nancy Pelosi while making a point with another contributor on The Five in regards to mail-in voting.

Wednesday’s co-host Jessica Tarlov asked Watters a two-part question that included, “What do you make of what we’re gonna have to do with mail-in voting because people are not gonna be able to go to the polls in the same way as a normal election due to COVID?”

In his response, Watters brought up Facebook’s latest strategy to ban political ads one week prior to the election, and then tied it to his prediction that the company will then “censor” President Trump “when he declares victory on election night” to help shift the focus to mail-in ballots.

“That’s the strategy. Trump’s gonna win on election night, and then Democrats are gonna sue and extend the voting of all these mail-in ballots that are counted. And then all of a sudden, the rules kick in, they have to stop counting them, and then Trump’s an illegitimate President. That’s the game,” Watters said.

“There’s nothing dangerous about in-person voting. You go to the grocery store, you wait in line. That’s the same thing,” he declared. “If you’re old, if your sick, request an absentee ballot. That’s no big deal.”

“What’s going on is this: They’re trying to scare you, so you flood to the zone with ballots. But if Nancy Pelosi can go maskless into a salon — that seems safe — you can easily go in and vote with a mask and everything’s going to be just fine,” Watters proclaimed. Video Below

If Nancy Pelosi can go maskless in a salon- you can easily go in person and vote. #TheFive pic.twitter.com/GWgBukaJBr