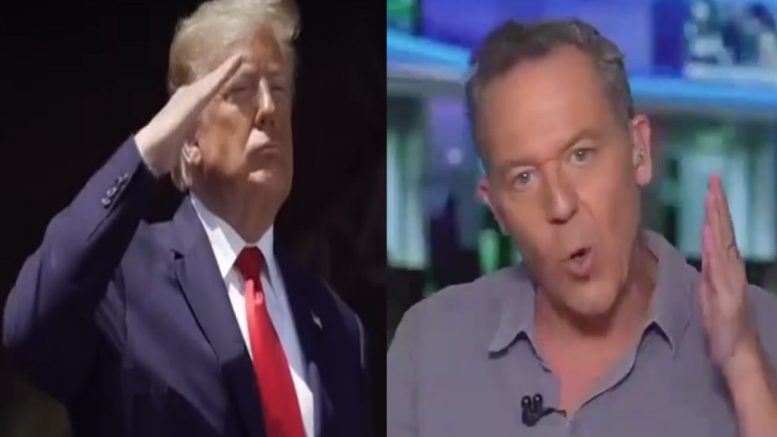 Multiple sources who were on the trip in question with President Trump, refuted the main thesis of The Atlantic’s reporting — that Trump canceled a trip to the Aisne-Marne American Cemetery, which is at the site of Belleau Wood, an important World War I battle, because he believed the dead soldiers to be “suckers” and “losers.”

(Related: Trump Officials Go On The Record To Vehemently Deny Anonymous Sources In The Atlantic Report)

During Fox News‘ “The Five”, Greg Gutfeld on Friday, ripped the The Atlantic smear piece on President Trump, calling it a “hoax”, and questioning the motives behind the Biden campaign and the press.

“Don’t you find it the least bit questionable that the Biden campaign, perhaps the slowest, clumsiest entity since Joe Biden himself, already had an ad made based on this hoax?” Gutfeld wondered, referring to the ad that Biden conveniently tweeted Friday morning. Continued Below

“This is obviously coordinated. The timing is way too perfect. The questions were planned, the press are involved. … I have to say, I give them credit for coming up with something– this pretty disgusting,” Gutfeld explained, after Biden gave a pre-scripted news conference on Friday, in which he criticized the Commander in Chief, citing the article.

Gutfeld continued: “But that’s the real story. Create a hoax, timed perfectly with an ad, planning the questions in advance– you boost it on social media. If you do not see this, you are blind. There are no sources, it is already debunked by I think four other sources, including [John] Bolton, who is no fan of Trump”.

“I feel like this was created in a lab and unleashed at the time when they saw Joe collapsing. This is the first Hail Mary of maybe 50 Hail Mary’s that you’re gonna see, and you have to ask: Is this gonna work? Who are the targets here? The target of this scam are military families, who are naturally pro-Trump because he’s been so good with the military. So they’re going right at his strength,” he assessed. Video Below

“And [President Trump’s] got to be able to fight back. And this in my opinion, [this] is gonna just be the beginning. It’s gonna be super ugly,” Gutfeld predicted.

Greg Gutfeld on the Atlantic smear:pic.twitter.com/c4Ev9XIKKT

Mr. President, if you don’t respect our troops, you can’t lead them. pic.twitter.com/hcX9hGgdm5

(Related: Greg Gutfeld On Kamala Harris: “Willing To Crush Kavanaugh & Biden, But When The Door Opens Up For Power, That All Goes Out The Window”)

Sen. Graham Swipes Back At Mattis Over His Criticism Of Trump: “It Is So Fashionable To Blame Trump For Every Wrong In America”