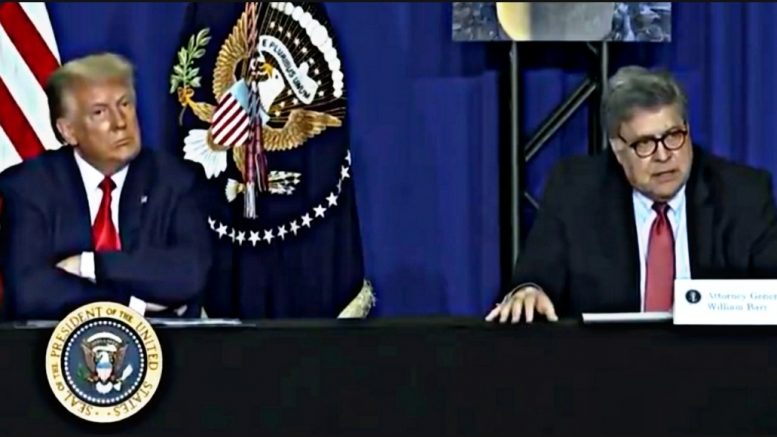 Attorney General William Barr vows to “prosecute” those who “committed crimes” in nationwide “riots” that have taken place ever since the death of George Floyd.

The attorney general made the assertion during a press conference given during the Trump Administration’s visit to survey the damage in Kenosha, Wisconsin on Tuesday.

Related Article: Ahead Of Trump’s Visit, Kenosha’s Mayor Admits ‘The National Guard Has Been Extremely Helpful’

“What people don’t see is that in all of these cities, there are task forces of federal and state officers reviewing all of the video that we can get our hands on. And when we are able to identify people who committed crimes in these riots going all the way back to the beginning — whether they’re burning police cars or throwing rocks at people, which are deadly — they will be prosecuted.”

“That’s a large-scale effort and it’s going to continue,” Barr declared. “As far as the federal government is concerned, we welcome the oppotunity to work with state and local to deal with this public safety issue.” Video Below