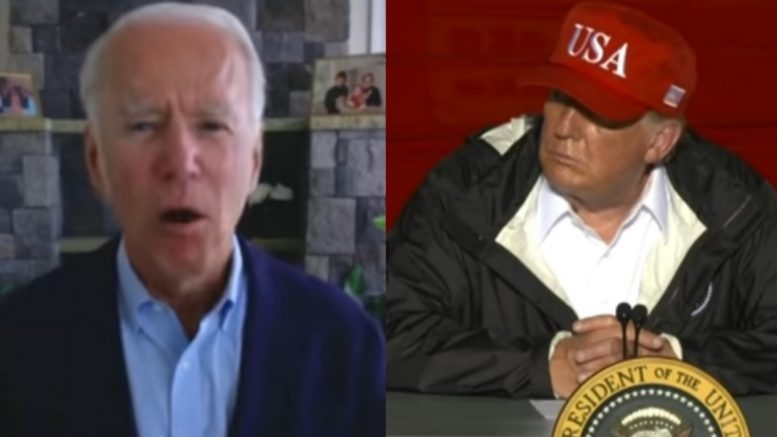 President Trump lashed out at his nemesis Joe Biden in wake of the former Vice President announcing he will shift from his basement strategy and begin holding in-person campaign events in battleground states.

Biden claims the decision to campaign in person is because he really misses having the ability “to grab hands, shake hands,” being the “tactile” politician that he is.

The Trump campaign, on the other hand, believes the Biden campaign is switching their strategy because they are “clearly rattled by #HidenBiden criticism” related to the former Vice President campaigning from his basement.

Trump’s campaign has also cited a recent poll showing a tie in Minnesota, which traditionally votes Democrat. The President is poised to flip the state if the momentum continues in his favor, which could be the real reason behind Biden scrapping his basement strategy.

In response, Trump tweeted, “Joe Biden is coming out of the basement earlier than his hoped for ten days because his people told him he has no choice, his poll numbers are PLUNGING! Going to Pittsburgh, where I have helped industry to a record last year, & then back to his basement for an extended period.”

“His problem is interesting. He must always be weak on CRIME because of the Bernie Sanders Radical Left voter. If he loses them, like Crooked Hillary did, he is “toast”, and many will vote for me because of TRADE (Bernie was good on trade). Joe MUST always be weak on crime!” Trump concluded. See Below

Moments later, Trump took another jab at Biden for not being critical of “anarchists, thugs and agitators in ANTIFA,” who are alleged to be behind much of the chaos that’s erupted in big Democrat cities, such as Portland and Seattle.

We leave you with that tweet from the President:

Bongino To Dems Who Are Riled Over Soleimani’s Death: “You Get The Double-Barrell Middle Finger From Me”