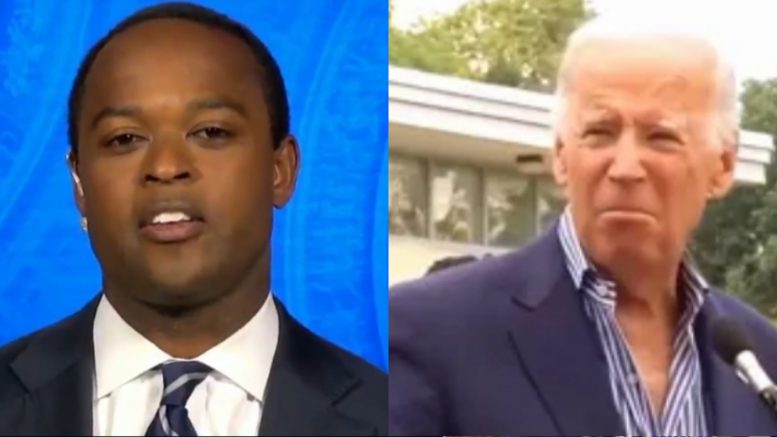 On Sunday, Kentucky’s Attorney General Daniel Cameron clarified what he was trying to express when he lambasted Joe Biden during his speech at the Republican convention.

Cameron stated the following in his speech:

“I think often about my ancestors who struggled for freedom. And as I think of those giants and their broad shoulders, I also think about Joe Biden, who says, if you aren’t voting for me, ‘you ain’t black.’ Who argued that Republicans would put us “back in chains.” Who says there is no “diversity” of thought in the Black community.”

“Mr. Vice President look at me, I am Black. We are not all the same, sir. I am not in chains. My mind is my own. And you can’t tell me how to vote because of the color of my skin.”

While appearing on ABC’s Face The Nation, Cameron reflected on his speech and claimed that he was he was trying to articulate “that Joe Biden, the way that he looks at the black vote — he looks at it as a monolithic vote.”

“In my judgement, there is great diversity within the black community, and Joe Biden doesn’t seem to get that message or understand it,” Cameron said.

“And so, what I was trying to say the other evening is that Joe Biden has taken for granted African Americans in this country,” he declared. “And whether you are a black conservative or a black Democrat or moderate, I think it is wise to look at your options during this campaign and make an individual assessment of who will better serve your interests.” Video Below

Kentucky Attorney General Daniel Cameron: "there is great diversity within the Black community, & Joe Biden doesn't seem to get that message nor understand it"https://t.co/eOf8YL4RE9 pic.twitter.com/7g9YKxeiXN

Here is Daniel Cameron’s full speech that he delivered at the Republican convention, in case you missed it: