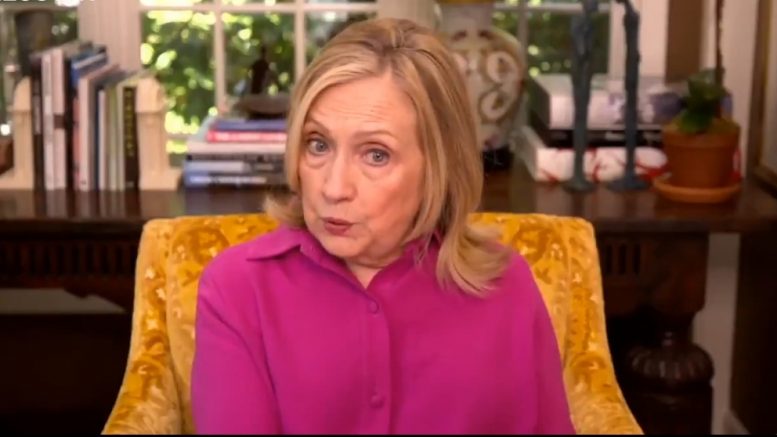 While appearing on Showtime’s The Circus, Hillary Clinton called on Joe Biden to not concede in the 2020 election “under any circumstances.”

The 2016 election loser also pushed for a “massive legal operation” and “poll workers” on the Democratic side to “counter the force of intimidation” from President Trump and Republicans.

The remarks from Hillary come just days after she suggested that President Trump will try to “steal” the 2020 election.

“We’ve got to have a massive legal operation — I know the Biden campaign is working on that,” Hillary said.

“We have to have poll workers, and I urge people who are able to be a poll worker,” she continued. “We have to have our own teams of people to counter the force of intimidation that the Republicans and Trump are going to put outside of polling places.”

“Joe Biden should not concede under any circumstances because I think this is gonna drag out” she declared. “And eventually, I do believe we will win if we don’t give an inch.” Video Below