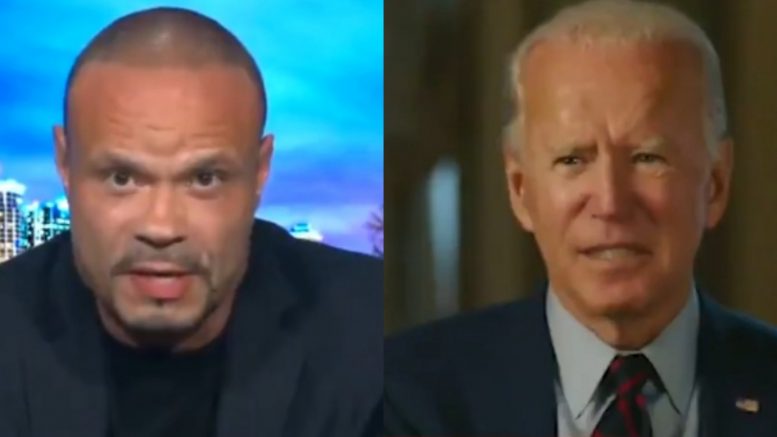 Biden told Muir “I would shut it down” when asked if he would pull the plug on the U.S. economy again as soon as January if scientists advised him to do so.

Related Article: Biden Says He Would Shut Down The Economy A 2nd Time If Scientists Told Him To, Don Jr. Reacts: “He Would Ruin The Lives Of Millions Of Families”

“He’s ready to shut the economy down again. What do you think of that?” Judge Jeanine asked Mr. Bongino.

“I promise you this. If I’ve ever said anything on this network that’s resonated with anyone, that will he the single-most damaging quote of this entire campaign,” Bongino declared.

“If you were not bankrupted before — and listen, I get it…we shut it down in the beginning, we didn’t have a good grasp on the ‘or not’ of the virus, how contagious it was. We now understand it, not fully but enough,” Bongino said.

“Locking it down now, you will bankrupt Americans, put fathers and mothers out of work,” he proclaimed. “And they already went through this before, Judge. Some of them are just getting their sea legs under again.”

“I promise you — take it to the bank — that will be the single-most damaging quote of this campaign so far,” Bongino concluded. Video Below

We're about to hear a lot in the next 72 days from the Biden/Harris ticket as this race really begins to heat up…Here to discuss this is @dbongino. pic.twitter.com/JNaO1JbG7S

Turley ‘Inundated’ With Threats Over His Testimony, Calls Out Swalwell’s ‘Scorched Earth’ Attack