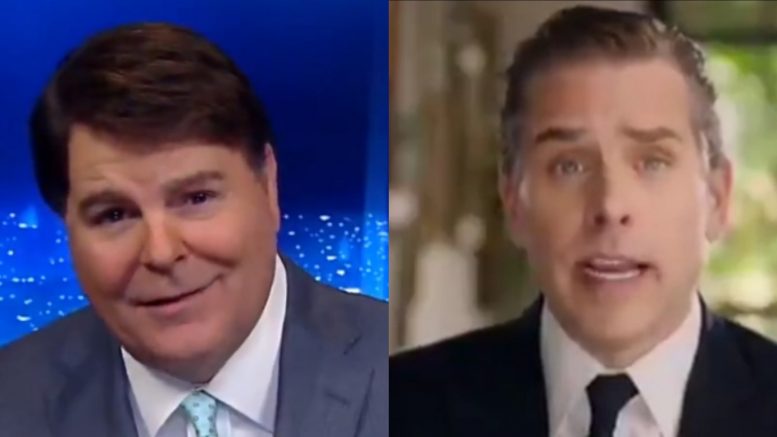 Joe Biden’s son, Hunter Biden, sent the world of politics into a frenzy on Thursday when he made a special appearance in a video that featured himself along his sister Ashley “vouching” their father’s integrity at the Democratic National Convention.

“He’ll be there when you need him,” Hunter said in a pre-recorded video. “He’ll tell you the truth even when you don’t want to hear it,” Ashley continued.

“If you give him your cell phone number, he’s going to call it,” the Biden siblings said.

Ashley Biden: "And we think he'll be a great President." pic.twitter.com/IzP8FYiDxV

In response, Garrett told his guest Tom Fitton: “I think a lot of people fell out of their chairs last night when who appeared, but Hunter Biden.”

“This guy is a notorious drifter,” he added. “He’s never accomplished anything without leveraging his father’s fame in public office to make money with China and Ukraine — the most notable.”

“Yet Hunter Biden is supposed to be vouching for the honesty and credibility and integrity of Joe Biden?” Garrett sarcastically questioned. Video Below

‘Deep State Special:’ @TomFitton says the State Dept is hiding records on Hunter Biden and Burisma as well as Joe Biden’s involvement in the firing of the prosecutor that was investigating Burisma. #MAGA #AmericaFirst #Dobbs pic.twitter.com/mSD55QVh3A

Related Article: Don Jr. On Biden’s DNC Speech: “A 50-Year Swamp Creature” Who “Managed To Read A Speech On A Teleprompter”

In ending, here is a clip of President Trump sounding off on Hunter Biden earlier on Friday:

President Trump trolls “Quid Pro Quo” Joe Biden & son Hunter in Old Forge, PA:
“ His son walked out w 1.5 BILLION from China, he gets 83k a month from Ukraine & nobody looks at him… it’s a DISGRACE..” pic.twitter.com/mKEHB2asa4

‘Get Ready for Prices to go Even Higher’: Rep. Jordan Warns of ‘Strike’ as Biden’s Railroad Union Deal Falls Apart