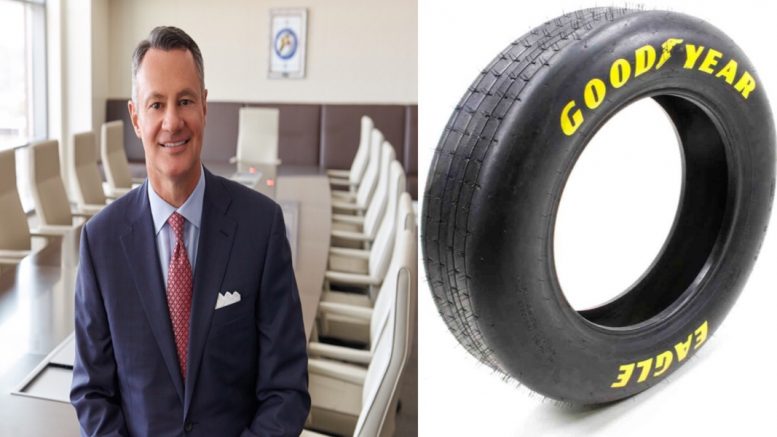 On Wednesday a viral image on social media shows that Goodyear Tire had banned employees from wearing MAGA attire, Blue Live Matter, and All Lives Matter.

“Don’t buy GOODYEAR TIRES – They announced a BAN ON MAGA HATS. Get better tires for far less! (This is what the Radical Left Democrats do. Two can play the same game, and we have to start playing it now!)”, the Commander in Chief tweeted.

According to the employee who took the photo of the slide, it was presented at the Topeka plant by an area manager and says the slide came from their corporate office out of Akron, Ohio, reported WIBW.

NBC 15 News posted audio on Thursday evening from the Topeka Goodyear meeting, in which you can hear from an unidentified speaker say what is allowed to be worn and what is not. Continued Below

In the audio uploaded by NBC 15 News an unidentified man says: “Some people may whish to express their views on social justice or inequality or equality issues such as black lives matter or LGBTQ pride on the face coverings, shirts, or wristbands. That will be deemed approved because it applies with a zero-tolerance stance.”

“However, if any associate wears all, blue, white lives matter shirts or face coverings that will be not appropriate,” he continued. “The rules now around what you can wear, let’s try and comply with these so that way you know everybody feels good in this factory. I want to make sure guys, think about what we do.”

“In this factory right, we all work together to make tires that’s what we do, so let’s continue to do that and do the right thing and keep this place what it has always been, a good place to work,” the man added. Video Below

Goodyear appeared to backtrack on Wednesday, saying they “always wholeheartedly supported both equality and law enforcement and will continue to do so”.

Yesterday, Goodyear became the focus of a conversation that created some misconceptions about our policies and our company. Goodyear has always wholeheartedly supported both equality and law enforcement and will continue to do so. pic.twitter.com/oO6jUg2rTR

On Thursday, Rich Kramer, CEO and president of Goodyear released a statement, saying he wanted “to personally clear the record on what you are seeing and hearing”, noting that Goodyear supports law enforcement.

Kramer claimed the “slide was not approved or distributed by Goodyear Corporate or anyone outside of that facility”, adding: “I deeply regret the impression it has created and want to clarify Goodyear’s position.”

A message from Rich Kramer: By now, you are aware of a visual from our Topeka factory that has been circulating in the media. I want to personally clear the record on what you are seeing and hearing. pic.twitter.com/UqqFeFQn6t

(Related: McEnany On Goodyear Tires: “Blue Lives Matter Is An Equity Issue & Goodyear Needs To Come Out & Acknowledge That”)