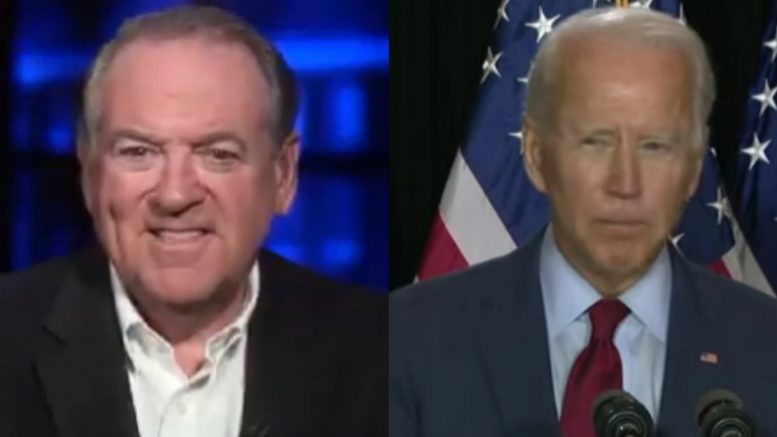 Former Arkansas governor Mike Huckabee explained why it seems as if the Democratic Party is trying to limit the amount of time their presumptive nominee Joe Biden speaks to the press.

Huckabee weighed in while giving insight about how he thinks the presidential debates will pan out, and why it appears that Biden rarely ever is given the green light from his team to answer questions from reporters.

“Joe Biden is not prepared to stand on the stage with President Trump, who is an extraordinary debater,” Huckabee told Judge Jeanine Pirro on Saturday.

“[Trump] is fearless,” he added. “He goes into that debate with a sense of reckless abandon and, I think, that’s why Joe Biden probably wants to find a way to not do it, but he’s gotta do it, and it’s not gonna be a pleasant evening for Joe Biden.”

Asked why Biden’s team essentially “shooed people away” who had questions about his latest proposed mask mandate, Huckabee said, “They don’t want him to speak because every time he does, he just opens his mouth to change feet, and that’s not a good look for a guy who wants to be president.”

He continued, “If you watch him, he looks like he’s always squinting, like he’s somehow trying to find the words. And then then when he speaks you realize he didn’t find them.” Video Below

.@GovMikeHuckabee joins “Justice” to explain what a Biden/Harris White House would look like for America. pic.twitter.com/imOx78BTKt