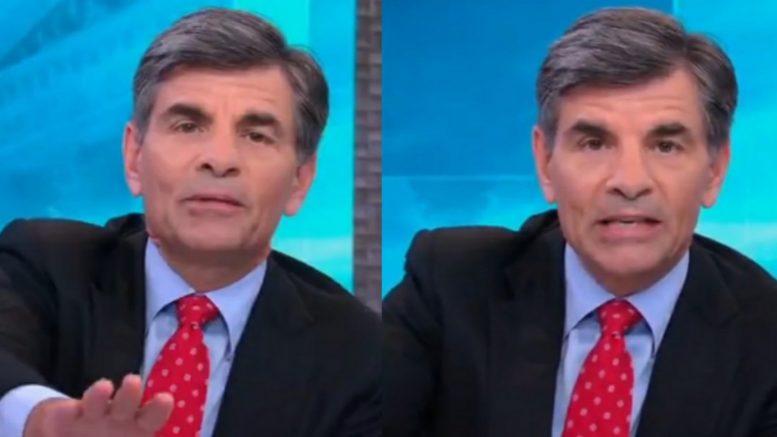 Rep. Miller was making the argument for why Americans should be concerned about the many flaws in the current vote-by-mail system, when Stephanopoulos interrupted him.

“Take a look at Patterson, New Jersey, where upwards of over a quarter of all the votes were thrown out…take a look at Carolyn Maloney’s race — the primary in New York-12, where I guess Carolyn Maloney is the winner on that. We’re still not sure. But even take a look at Nevada,” Rep. Miller pointed out before George Stephanopoulos cut in.

“Let me just stop you right there because when the votes are thrown out, that shows that the system is working,” Stephanopoulos declared. “It shows that the votes — they could have been fraudulent, and that’s exactly what’s been happening in the Carolyn Maloney race. [They] get taken out if they don’t meet the requirements.”

Miller fired back as he brought up how it’s been six weeks after the NY-12 race, and votes are still being verified and counted. He questioned “Did Carolyn Maloney really win that race? I mean, her opponent doesn’t think so.”

The Congressman went on to say that “it takes time” to put a system in place to ensure the integrity of mail-in voting, especially when some races are decided with a small percentage of difference between competitors.

Related Article: Ronna McDaniel Rejects Pelosi’s Push For Mail-In Voting: “They Want To Take Away The Safeguards That Ensure The Integrity Of The Election”

“It takes time. The secretary of state from the state of Washington said it takes upwards of five to ten years to safely and responsibly get this in place,” Rep. Miller proclaimed.

“Democrats are now trying to rush this through and have wholesale changes in five to ten weeks,” he added. Video Below

Jason Miller points to NY's 12th Congressional District race in argument against mail-in voting.@GStephanopoulos: “When the votes are thrown out that shows that the system is working. It shows that votes that could have been fraudulent … get taken out” https://t.co/eL0dLgyWV3 pic.twitter.com/lrcTfUT1gr