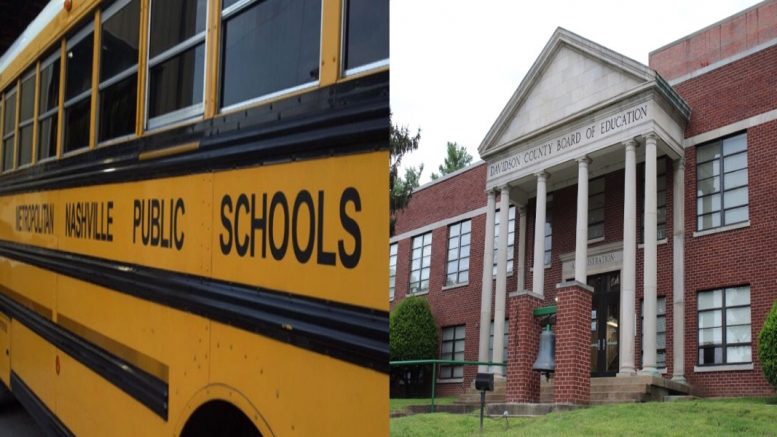 Twitter user and co-founder of Breaking 911, GrantB911, posted a series of tweets Friday announcing, “My daughter just started second grade at Metro Schools. I will be pulling her out immediately.”

GrantB911 wrote that he “had just finished lunch in the kitchen where my daughter was video-conferencing with her second grade class. I heard the teacher tell the children to remind their parents to swing by the school to pick-up some learning material.”

“My super hot wife Joanne, on her way home from work, stopped by the school to gather the material. She arrived at home and I looked through the books,” he continued.

After reviewing the books, GrantB911 tweeted that his daughters “‘first ‘English’ lesson of the year is teaching her that white people are bad, mean & racist against African-Americans & Mexicans. My daughter, 7, is not a racist nor is her family.”

“She has been and will always be taught that everyone is equal. She will not be ashamed of her skin color,” he said. Continued Below

GrantB911 explained that the first book he had looked at was Martin Luther King Jr. & The March on Washington. “I thought to myself, ‘Great. She will learn the inspirational and vital story of the civil rights movement'”, he said.

He posted a picture, however, from inside of the book that read: “There has been no slavery for a long time. But are black people and white people treated equally? No.”

Another picture he posted from the book displays a young white boy holding up a sign which reads, “We won’t go to school with Negros.” Continued Below

She has been and will always be taught that everyone is equal.

She will not be ashamed of her skin color.

GrantB911 said another book titled, Separate Is Never Equal, authored by a man named Duncan Tonatiuh is “not appropriate for my 7-year-old daughter to read.”

“Why? My wife and I have raised our children to believe that all people are equal. We have also taught them about racism and that there was a dark time in America when people were not equal,” he explained.

GrantB911 also said of the book: “For example, the very first page reads, Sylvia had on her black shoes. They were shiny-new. Her hair was perfectly parted in two long trenzas. It was her first day at Westminster school. The halls were crowded with students. She was looking for her locker when a young white boy pointed at her and yelled, ‘Go back to the Mexican school! You don’t belong here!'”

The white kids told the Mexican girl to “Go back to the Mexican school!” pic.twitter.com/muMQnOzM2D

The Mexican kids were sent away and forced to sit in the dirt with flies around them and an electric fence that shocked them because white people are bad.

This is NOT a civil rights lesson.

GrantB911 noted that he “reached out to my sister, who for the record, is a staunch liberal. I texted her the disturbing illustrations and text from the book to her. Her first response was ‘I think this is super extreme. I mean if we don’t teach racism kids wouldn’t even know about it. I do disagree with this.'”

“At this point, I knew I wasn’t overreacting,” he wrote.

Read his full op-ed titled: The Disturbing Self-Hate That Is Taught In a 2nd Grade English Class

The Disturbing Self-Hate Lesson I Discovered In a 2nd Grade English Class — And Why I'm Pulling My Child From Public School Immediately | Opinion – https://t.co/pN7FUrlaHU pic.twitter.com/8jmFESyOKy