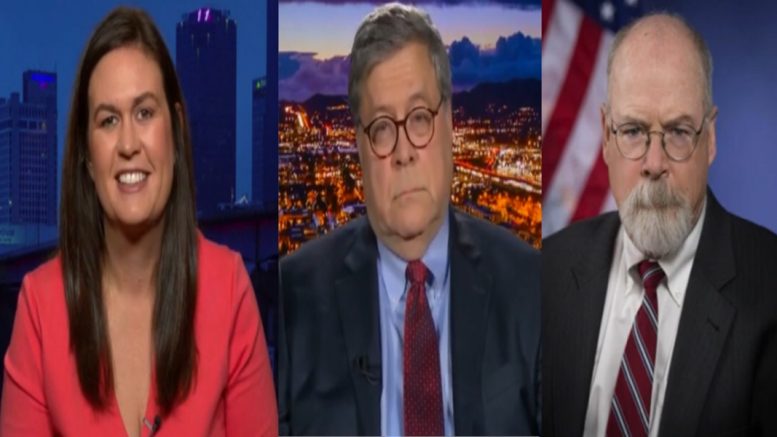 An FBI lawyer who fabricated evidence in a federal spy warrant against Trump campaign adviser Carter Page is expected to plead guilty to federal charges brought by U.S. Attorney John Durham, according his lawyer and court documents which were made public on Friday, Swamp Drain reported.

Kevin Clinesmith, who is expected to admit to deliberately fabricating evidence in a Foreign Intelligence Surveillance Act warrant application, used to spy on a former campaign affiliate of President Donald Trump, was a top attorney in the Federal Bureau of Investigation’s Office of General Counsel (OGC) and a key agency attorney under fired former FBI Director James Comey, reported The Federalist.

Clinesmith was referred for potential prosecution by the Justice Department’s inspector general’s office, which conducted its own review of the Russia investigation. Specifically, the inspector general accused Clinesmith, though not by name, of altering an email about former Trump campaign adviser Carter Page to say that he was “not a source” for another government agency. Page has said he was a source for the CIA. The DOJ relied on that assertion as it submitted a third and final renewal application in 2017 to eavesdrop on Page under the Foreign Intelligence Surveillance Act, Fox News reported.

Clinesmith is being charged in federal court in Washington and is expected to plead guilty to one count of making a false statement, his attorney Justin Shur told The Associated Press.

In a report made public last year, Department of Justice Inspector General Michael Horowitz listed more than 17 significant inaccuracies and omissions with the FBI’s Crossfire Hurricane probe into Trump’s campaign. The malfeasance appeared to occur during the FBI’s application for a Foreign Intelligence Surveillance warrant on Carter Page.

“As a result of the 17 significant inaccuracies and omissions we identified, relevant information was not shared with, and consequently not considered by, important Department decision makers and the court, and the FISA applications made it appear as though the evidence supporting probable cause was stronger than was actually the case. We also found basic, fundamental, and serious errors during the completion of the FBl’s factual accuracy reviews, known as the Woods Procedures, which are designed to ensure that FISA applications contain a full and accurate presentation of the facts,” stated Horowitz’s report. Continued Below

“We’ve know for a long time, that under liar and leaker James Comey, that the FBI illegally spied on the Trump campaign, used a fake dossier, funded by the Clinton campaign to try to destroy the president and to launch this ridiculous witch hunt in the first place. The scandal just continues to grow. And I think everyday we learn more and more about just how far and how wide this scandal went,” Sanders said.

“The real problem for Democrats is the scandal they tried push was never the big problem. It was was actually the origins of this whole thing, and about Democrats and their media allies who spent two years trashing the president, spreading these malicious lies. It was really about the Democrats abuse of power and trying to overturn the 2016 election,” she stated. Continued Below

Sanders went on to say that President Donald Trump “wants to see justice” served, adding: “We know there was corruption at the highest levels. Those individuals should be held to the full extent of the law. They should be fully accountable for their actions and for using using a federal law enforcement agency to try to overturn the entire election process– democracy at its best. They tried to destroy it, and they tried to destroy the president, and everyone around him.”

“They attacked maliciously, they spread lies, and they did it through the hands of the media. I think each of these individuals should be fully accountable and punished to the fullest extent of the law for the actions they’ve taken,” the former White House press secretary recommended.

MacCallum suggested that President Trump is “potentially frustrated with Attorney General William Barr” because the president “wants to have this out this out before the election because it seems pretty obvious if Joe Biden wins, that this investigation that John Durham is doing, and potentially the current attorney general, will no longer be in a position to keep this investigation going”.

Sanders responded: “I think the president has every right not just to be frustrated but frankly, to be mad as ever and so should the American people. The fact that one of our federal agencies worked illegally to destroy a duly-elected president and try to overturn the will of the American people is outrageous. He’s not the only one who should be mad. Every single person who cast a ballot, should be furious, and they have a right to be, and we have a right to know the truth.” Video Below

“I fully expect and have total confidence that Bill Barr will continue to do a great job and expose the truth and make sure those that took part in this are held accountable. And I think the America people deserve it, and I think they should all match the president’s anger until we see those results.