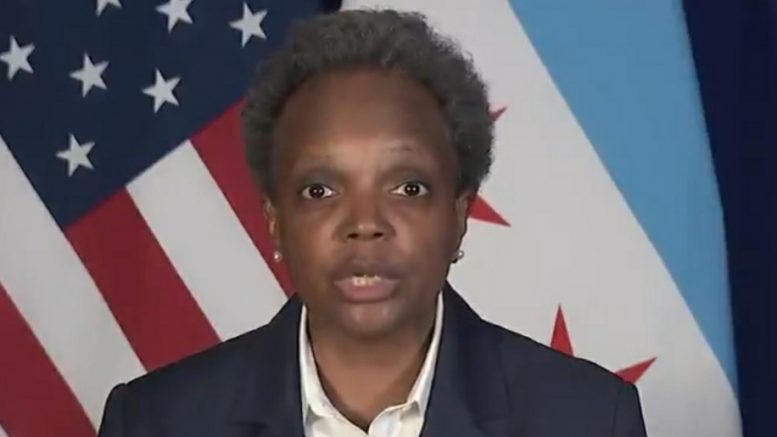 Chicago’s mayor Lori Lightfoot appears to be taking a stronger approach to dealing with ongoing chaos that’s lingered in her city over the past several weeks.

Lightfoot has faced intense criticism over her rather stand-offish response to mass anti-police demonstrations and spikes in criminal activity that erupted following the death of George Floyd, at one point even vowing to prevent “Trump’s troops” from helping to control the situation.

But now, Lightfoot apparently is shifting her rhetoric towards Chicago’s unrest in wake of mass looting that sprawled across the city on Sunday.

In a video address to the city of Chicago, Lightfoot revealed steps law enforcement has taken to hold those involved in the “shocking” and “enraging” looting and other “criminal acts” accountable.

“The Superintendent formed a special team of detectives to investigate these criminal acts,” Lightfoot said. “And they are identifying suspects, stolen merchandise and following up on tips.”

She then called on the public contact the CPD if they have any leads and to “cooperate with officers” and “call 911” if they notice any suspicious activity.

Related Article: Mayor Lightfoot On Chicago’s Chaos: “We Are In A Serious Situation Here & We Need A Serious Response”

“We are also asking residents to remain vigilant, cooperate with officers and call 911 if you see anything that needs attention,” Lightfoot urged before revealing that Chicago officials have been working with both “federal and state law enforcement partners.”

“I am confident that we are united in our commitment in making sure that people who commit the kinds of criminal acts we saw overnight are brought to justice,” she declared. Video Below

What we experienced this morning is not who we are.

We cannot let the actions of some destroy the fabric of our city and who we are as proud Chicagoans. pic.twitter.com/zK0acm1M1B

Related Article: Mayor Lightfoot: “Under No Circumstances Will I Allow Donald Trump’s Troops To Come To Chicago”