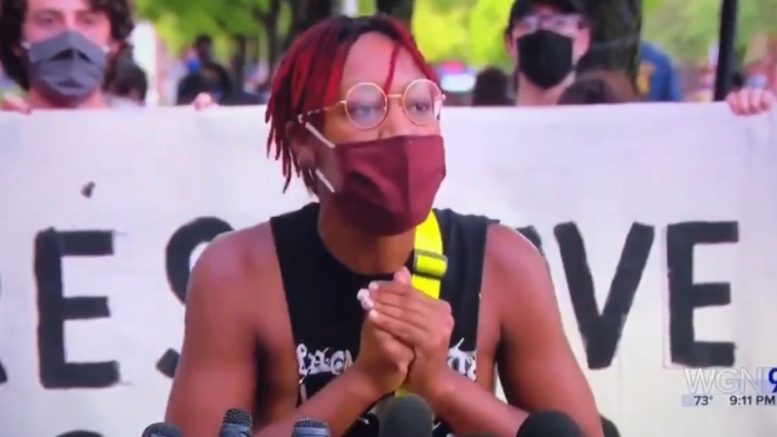 Black Lives Matter organizer Ariel Atkins thinks it’s completely justifiable for someone to loot businesses, no matter if it’s Gucci, Macy’s or Nike stores, because such an action “makes sure that person eats” and is a way to get paid “reparations.”

Atkins made the suggestion while speaking at a rally that was organized by Black Lives Matter Chicago and was held at a police station in the South Loop where some individuals who got caught looting in Chicago are likely being held, according to Fox News.

“Not only that, that’s reparations,” she added.

The remarks by Atkins are strikingly similar to those of Democrat-Socialist congresswoman Alexandria Ocasio-Cortez, who just weeks ago suggested that the spike in crime in New York City could be the result of people who don’t have money to “pay their rent” or to “feed their children,” and so they feel the need to “shoplift some bread” to make ends meet. Video Below

We leave you with AOC making that statement:

AOC on increased NYC crime: "Maybe this has to do with the fact that people aren't paying their rent & are scared to pay their rent & so they go out & they need to feed their child & they don't have money so… they feel like they either need to shoplift some bread or go hungry." pic.twitter.com/oHSTWWJZ6a

Clyburn Claims The Only Violence He Saw During DC Protests Came From Police, Fails To Mention Arson & Looting