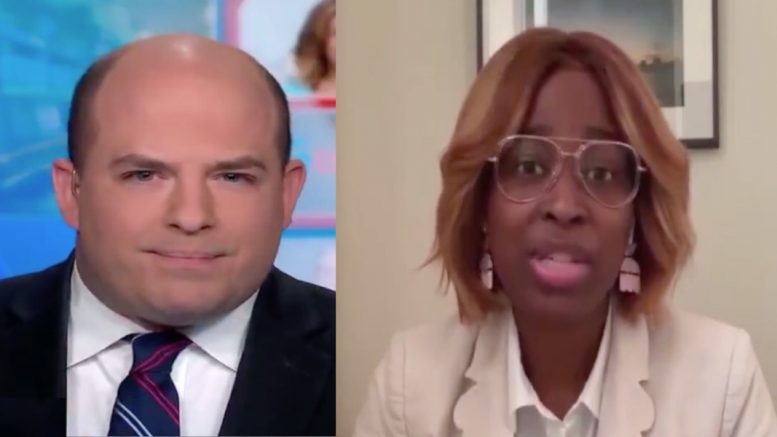 Sunday on CNN’s “Reliable Sources” host Brian Stelter alleged that right-wing radio hosts have “shifted” from talking about the coronavirus, to “bashing” presumptive Democratic nominee Joe Biden instead. He also said that it is “offensive and otherworldly” for right wing talk radio hosts to question the state of Joe Biden’s health.

“You know what this is? It is negative partisanship in action. … It is especially extreme, especially vitriolic on the right directed at Joe Biden and directed at other Democrats right now. We see it all time on Fox News, a channel that often seems more anti-Democrat. These shows are the pro-Trump media, but they have so much venom towards the Democrats, they use that to distract from Trump’s failures,” Stelter claimed.

Brian Stelter went to on argue that some of the “commentary on the radio is even worse”, saying that CNN’s producer listened to “these right-wing radio shows” to “get a sense of what they are saying about Biden”, because they “are barely talking about COVID anymore”.

Following his monologue, Stelter asked CNN guest Errin Haines whether she knew of any networks on the left that were as dedicated to destroying President Trump, which she claimed that “there really isn’t” a leftist media source that tries “tearing down Trump”.

“When you see entire media companies essentially exist to tear down Joe Biden, is there an equivalent of that on the left, tearing down Trump?” Stelter asked Hanies.

“There really isn’t,” Hanies claimed. “What I would say is it’s really a diet of this type of information that a lot of these voters are getting. A lot of the voters I talk to, I can– when I interview them, I do hear them saying a lot of the talking points that sound very familiar from some of these shows that I try to listen to when I’m out on the campaign trail or when I’m home, watching TV. You can hear these comments being echoed by voters.” Video Below

STELTER: "When you see entire media companies essentially exist to tear down Joe Biden, is there an equivalent of that on the left, tearing down Trump?"

.@brianstelter says that it is "offensive and otherworldly" for right wing talk radio hosts to question the state of Joe Biden's health because he was filmed riding a bike over the weekend. He says they are living in "a totally alternative universe." pic.twitter.com/vILkB680bG

Sen. Rogers On ‘Weak-Kneed Republicans’: “The Crenshaws, The Kinzingers, The Mace’s– They All Need To Go!”