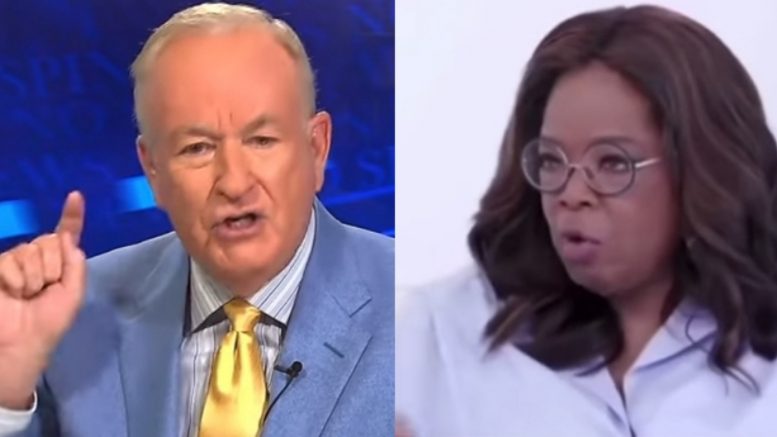 Bill O’Reilly broke his silence over controversial remarks made by Oprah Winfrey during her show series The Oprah Conversion.

During an episode titled “Uncomfortable Conversations with a Black Man: Part 1,” Oprah suggested that no matter where “white people” are in their position on “the ladder of success,” they will always have an advantage over others because of “their whiteness” and “white privilege.”

The exact remarks made by Oprah are as follows:

“There are white people who are not as powerful as the system of white people — the caste system that’s been put in place — but they still, no matter where they are on the rung, or the ladder of success, they still have their whiteness.

“[Whites have a] leg up. You still have your whiteness. That’s what the term “white privilege” is. It means that whiteness still gives you an advantage, no matter what.”

In response, Bill O’Reilly began by recognizing the superb career that Oprah established, where she was able to rise up from a broken childhood to be the most successful black woman in the world.

After giving a background of all that Oprah has done in her career, including the millions of dollars she has donated to help children, O’Reilly said, “I have no beef with Oprah at all. Sometimes I disagree with what she says, and this is one of these times… But Oprah is an example of what America can offer. There’s not a better example.”

“But now, Oprah has jumped on the ‘white privilege’ train, which is a bad train in many, many ways,” he continued. “Black disadvantage? Okay, I’ll give you that. In many places in this country, if you are African American, you’re at a disadvantage. That’s true. And for anyone to deny it, they’re not being honest.”

“But that doesn’t mean that if you are born a Caucasian, you have some kind of privilege status. You don’t — not in this country,” he added.

O’Reilly went on to say that he believes anyone, regardless of their race and living condition, can do what Oprah did if you “find your talent.”

“That’s the message! Stop with this slavery, reparations…Stop!” O’Reilly exclaimed. “This hurts children, and Oprah Winfrey should know this!” Video Below

O’Reilly Makes The Case For Why A Wall Is Needed Now More Than Ever: ‘There’s A War In [Mexico] Spilling Over To U.S.’