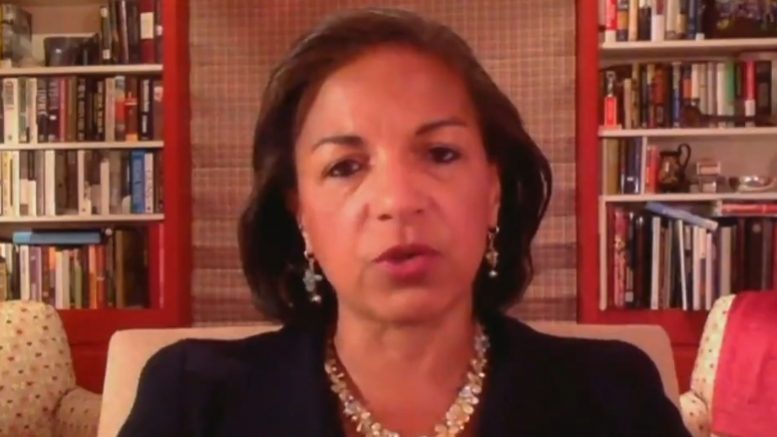 Former national security advisor Susan Rice said she favors the “reimagining the role of police,” as well as the “reallocation of resources.”

Rice, who is reportedly on Joe Biden’s shortlist of potenitial running mates, made the remarks while being asked if she supports the cal to defund police, while being interviewed on Tuesday’s airing of CBS This Morning.

Related Article: President Of FL’s Biggest Police Union On Why They Voted Unanimously To Endorse Trump: “Tired Of…Being Used Like A Punching Bag”

“Do you support the call to defund police?” Jericka Duncan asked.

“No,” Rice replied. “That’s not terminology that I would use, but what I would say is this: We have a long history of inequality, of oppression that endures in this country and we need the police to the part of the solution — in some communities they are and some others, they’re not. There’s no one size fits all approach.”

“So, I’m all for reimagining the role of police, getting them out of the things like social work. I’m for responsible reallocation of resources — where that makes sense,” she added.  Video Below

NYC recently reallocated $1 BILLION from the NYPD's budget, they have now seen more shootings in 2020 than in all of 2019.

It is only August. pic.twitter.com/mY6R8Di4zn

Brian Kilmeade: ‘The Democratic Party Is Not the Party of Kennedy/Roosevelt Anymore’ – ‘Things Have Certainly Changed’