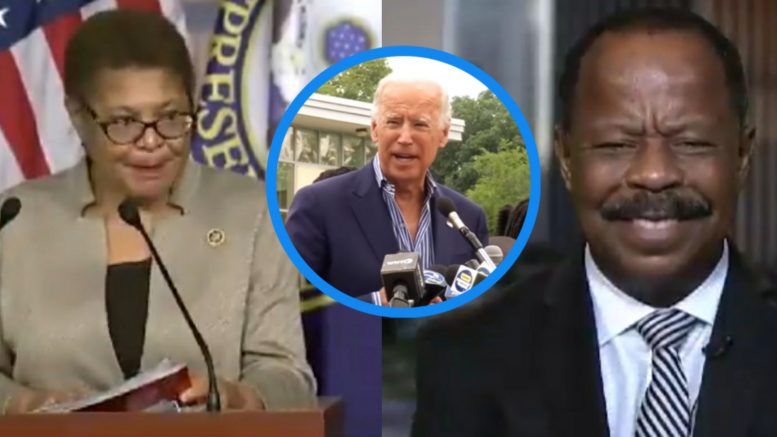 As Joe Biden appears to be inching closer to deciding on a running mate, U.S. Representative Karen Bass has found herself emerging as a key contender, according to reports.

Democratic political analyst Leo Terrell explained why Bass would be a “nightmare for Joe Biden” if that is who he ultimately decides to roll with.

“Karen Bass is the congressional chairperson for the black caucus,” he continued. “To get that position, you gotta play the race card, and you gotta hate the police, and she’s a master at it. She plays the institutional racist game.”

“More importantly, Karen Bass would not let good legislation pass through the Senate and through…the House with Tim Scott with his Justice Reform Bill, simply because he’s a Republican,” Terrell added.

“Karen Bass believes that if you’re a Democrat, you’re the only person who could do civil rights. If you’re a Republican and you believe in justice reform, she attacks you. Karen Bass is a nightmare for Joe Biden,” he concluded. Video Below

.@charliekirk11 and @TheLeoTerrell join me to assess who they think Joe Biden’s running mate will be. Take a look. pic.twitter.com/7t8umt8JzQ