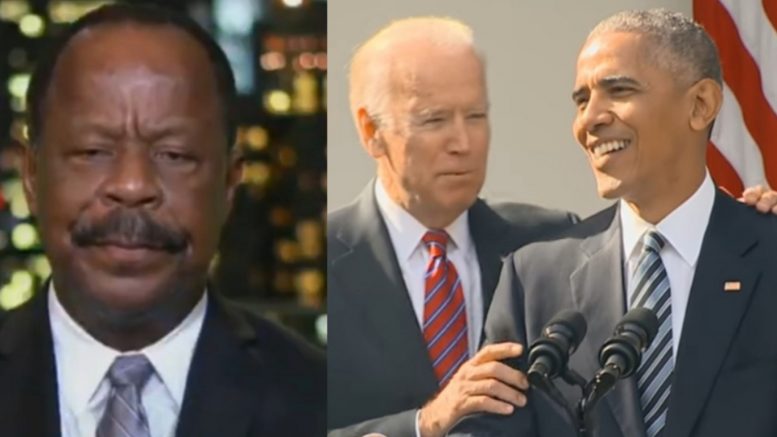 On the flipside, Terrell said President Donald Trump has done more for blacks than the Obama/Biden Administration ever did, and he backed it up by naming some of Trump’s biggest accomplishments since taking the oath of office.

“President Trump has done much more than Obama/Biden in the last eight years,” he continued. “This is what President Trump has done: lowered black unemployment rate, he has funded historical black colleges — that’s a fact, he signed an executive order on Justice Reform Bill, and more importantly, the First Step Act undid what the crime bill of Joe Biden created back in 1994.”

“I challenge any Democrat, just send an email. Write down all of the things that Obama/Biden did for blacks. It will probably be an empty sheet of paper,” declared. “But send it to me because President Trump has a record to run on for African Americans.” Video Below

In ending, here’s a tweet Terrell blasted out to help amplify remarks made during his Friday night appearance on Fox:

Let’s be very honest – Fmr President Obama did not help race relations in this country. #BLM started under his watch – #Ferguson riots etc