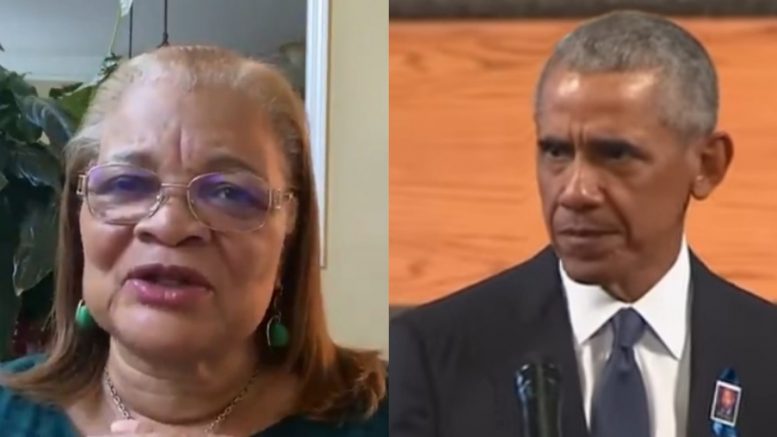 Obama appeared to vent his frustration at President Donald Trump during his tribute to honor the legacy of the civil rights icon.

“Today, we witness with our own eyes police officers kneeling on the necks of Black Americans,” Obama said. “George Wallace may be gone. But we can witness our federal government sending agents to use tear gas and batons against peaceful demonstrators.”

He then went on to say, “But even as we sit here, there are those in power, who are doing their darndest to discourage people from voting by closing polling locations and targeting minorities and students with restrictive ID laws and attacking our voting rights with surgical precision — even undermining the postal service in the run-up to an election that’s going to be dependent on mail-in ballots so people don’t get sick.”

“And then to point to what is happening across the nation — all of the strife and the violence at the protest — and act as though those were peaceful protesters and negotiators and somebody was being mean going in and trying to stop them from tearing up, looting and burning. That’s exactly what President Obama did,” she declared.

“He did it skillfully, very suave, but it just was not the case,” King proclaimed. “…Very egregious very disrespectful to the legacy that John Lewis established during his lifetime.”

“And there, again, the former President of the United States — very suave, and he’s well-spoken, but what he’s saying tends to stir the emotion, tends to stir up strife, have people angry and upset about something that is not even true,” she asserted. Video Below