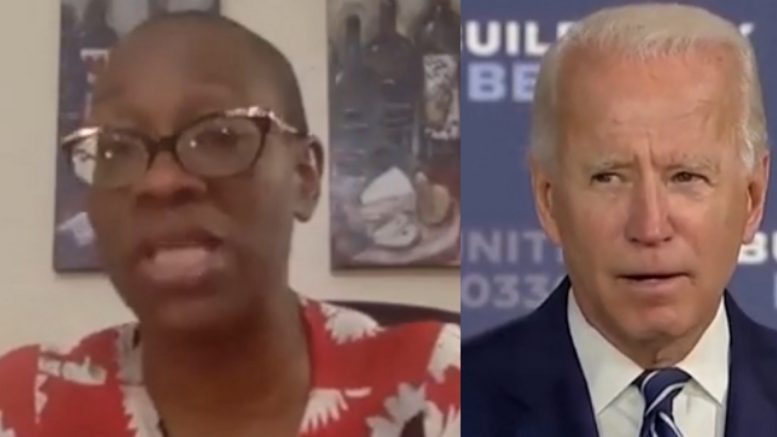 Bernie Sanders’ campaign co-chair Nina Turner reportedly has said that voting for Joe Biden is like eating half of a “bowl of sh**”.

Peter Nicholas of The Atlantic quoted Turner of making the statement in his latest article titled “Don’t Count Trump Out.”

Nicholas wrote that Biden “symbolizes a brand of establishment centrism” that doesn’t appeal to those in the “activist wing” of the Democratic Party, and he used remarks made by Bernie’s co-chair as a example to back up his assessment.

“It’s like saying to somebody, ‘You have a bowl of shit in front of you, and all you’ve got to do is eat half of it instead of the whole thing.’ It’s still shit,” Nina Turner said, according to The Atlantic’s article.

In the same article, Harvard University professor Cornel West is quoted as saying, “We have to be true to ourselves and acknowledge that Biden is a mediocre, milquetoast, neoliberal centrist that we’ve been fighting against in the Democratic establishment.”

The negative statements about Biden that were published in The Atlantic’s report came just before it was reported that more than 360 Bernie Sanders delegates have pledged to vote against the Democrat Party’s 2020 platform if it doesn’t include “Medicare For All” in it. See Below

We leave you with tweets from one of Politico’s reporters discussing the new revelation:

Scoop: More than 360 Democratic delegates, most of whom back Bernie Sanders, have signed on to a pledge to vote against the Democratic Party’s platform if it does not include support for "Medicare for All," say the petition’s organizers. https://t.co/wIyZP4tuP3

Progressives say single-payer is an urgent priority amid the pandemic. The pledge is all but certain to set up a clash between Sanders’ top supporters and Joe Biden, who opposes Medicare for All, at a time when the party is seeking to demonstrate unity ahead of its convention.

Kayleigh McEnany Touts Trump’s Approval Rating As It Hits 51%: “This. Is. The. Silent. Majority.”