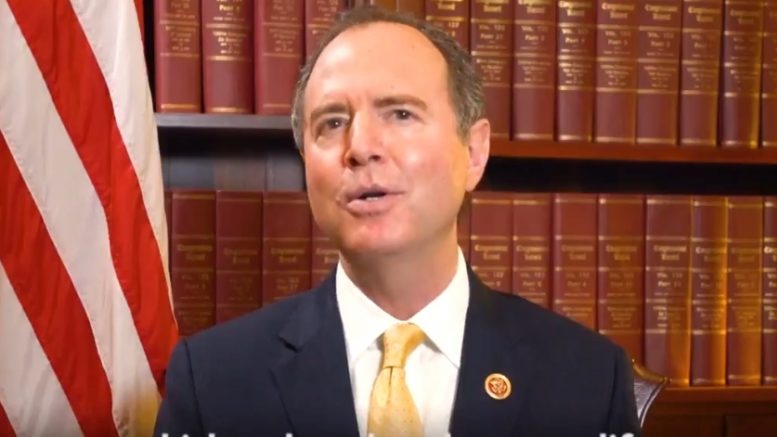 House Intelligence Chairman Adam Schiff (D-CA) claims, once again, there is evidence showing that Russia is interfering in the U.S. Presidential election.

Schiff made the suggestion in the latest “Democratic Weekly Address” that was posted on Twitter.

In the video, Schiff said that it was around this same time four years ago that the U.S. intel agencies began to see “evidence of Russian interference in our elections” and that the lights are “flashing red” that it is happening again.

“The Russians are once again intent on interfering in our presidential election,” Schiff said. “They are likely to use some of the same tactics they used in 2016.”

Schiff accused President Trump of doing “nothing” to stop Russian interference in 2020, and he asserted that Trump is “suppressing the vote and seeking to disenfranchise people” by knocking down attempts of mass mail-in voting. He then warned that the President may not accept the results of the 2020 election if he loses.

“We must deter, disrupt, and expose foreign interference,” Schiff tweeted. “And we must vote. Because Americans decide American elections.” See Below

It was four years ago that we first began to see evidence of Russian interference in our elections.

The lights were flashing red then, and are again now.

We must deter, disrupt, and expose foreign interference.

And we must vote. Because Americans decide American elections. pic.twitter.com/nzqD2XpSg6