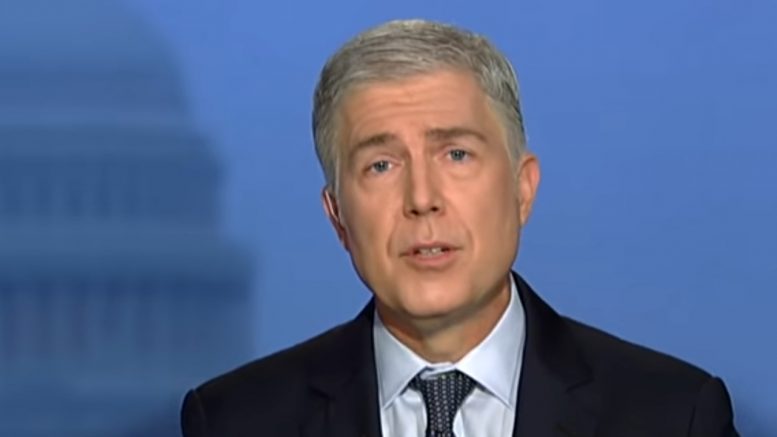 Supreme Court Justice Neil Gorsuch issued a scathing dissenting opinion after the Supreme Court voted 5-4 to deny a rural Nevada church’s request to strike down a 50-person cap on worship services — a new rule that is part of Nevada’s response to the COVID-19 pandemic.

Chief Justice John Roberts sided with liberals on the high court to reject the request made by Calvary Chapel Dayton Valley, who argued that the state’s policy is unconstitutional.

As per the Associated Press, the church was pushing to be “subjected to the same COVID-19 restrictions in Nevada that allow casinos, restaurants and other businesses to operate at 50% of capacity with proper social distancing.”

Gorsuch’s wrote a brief, yet bold dissenting opinion soon after the church’s request was rejected without an explanation.

“In Nevada, it seems, it is better to be in entertainment than religion. Maybe that is nothing new,” Gorscuch wrote. “But there is no world in which the Constitution permits Nevada to favor Caesars Palace over Calvary Chapel.” 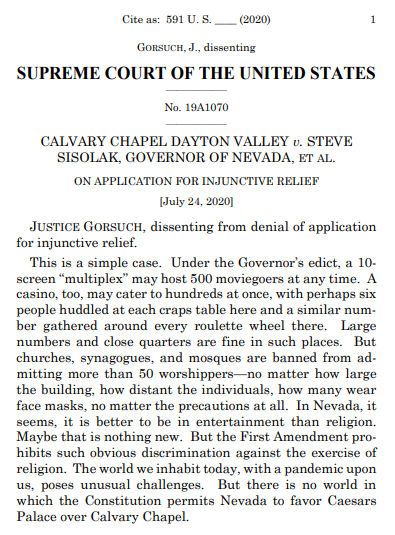 In ending, here is Mike Huckabee’s response to Gorsuch’s statement:

Thanks @realDonaldTrump for appointing Gorsuch. Too bad Chief In-Justice John Roberts is so swamp-infected that he protects casinos & punishes places of worship. He needs to retire, but first he just needs to repent! https://t.co/ZFjyvxTRn6