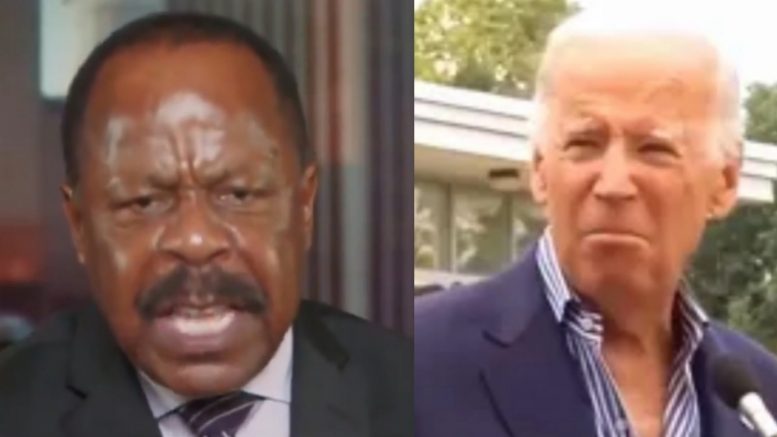 Biden made the suggestion at a Wednesday Town hall event after he was questioned about Trump’s tendency to refer to COVID-19 as the “China virus” or “Wuhan virus”, The Hill reported.

“What President Trump has done in his spreading of racism … the way he deals with people based on the color of their skin, their national origin, where they’re from, is absolutely sickening,” Joe Biden said.

“No sitting president has ever done this,” Biden continued. “Never, never, never. No Republican president has done this. No Democratic president. We’ve had racists, and they’ve existed. They’ve tried to get elected president. He’s the first one that has.”

In response, Leo Terrell blasted the former Vice President and declared Biden is the one who is “racist,” which is the reason why Mr. Terrell said he will abandon the Democrat party and vote for President Trump in the 2020 election.

“Let me be very clear to every Democrat on the planet, Donald J. Trump has done more for Black America in three years than the Biden-Obama Administration,” Terrell said.

“The reason why I’m voting for Donald Trump is because Joe Biden went on national radio and said, ‘If you vote for Trump, you ain’t black.’ That is insulting. That is racist. Biden is the racist,” he proclaimed.

“…With the crime going on in these Democrat cities…Donald Trump is the only person who can resurrect these Democratic cities and save them from the lawlessness,” Terrell asserted. “But let’s be very clear. Joe Biden is the racist, not Donald Trump.” Video Below

“Donald J. Trump has done more for Black Americans in three years than the Biden-Obama administration.”