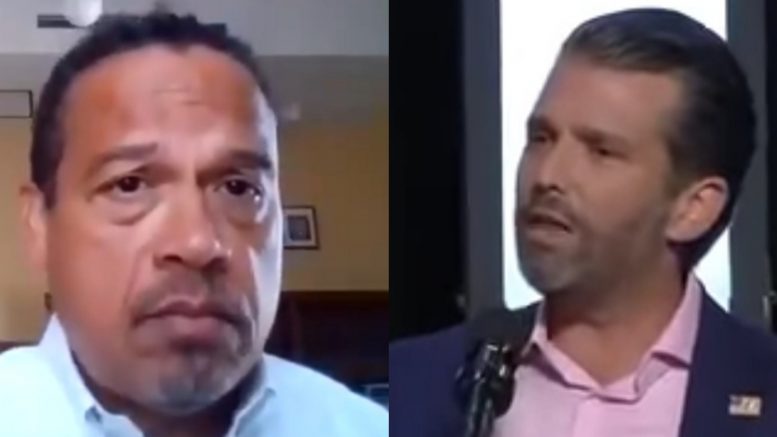 Minnesota Attorney General and former DNC Vice Chair Keith Ellison implied that women who just suffered a sexual assault would rather “talk” to a social worker rather than a police officer immediately following an attack, where “the assailant has ran away.”.

Ellison, who faced domestic abuse allegations before being elected as AG, made the suggestion during an Zoom meeting over the weekend.

“If you’re a woman who’s been a victim of a sexual assault and the assailant has ran away, wouldn’t you rather talk to somebody who is trained in helping you deal with what you’re dealing with as opposed to somebody who’s main training is that they know how to use a firearm, right?” Ellison said.

Related Article: Jesse Watters Highlights ‘Tangible Results’ Of The Anti-Police Movement: “Has It Been A Bust?”

AG Ellison’s remarks come in wake of the Minneapolis City Council voting unanimously to disband their police department and replace it with a “new public safety model,” which may include social workers responding to criminal cases that police traditionally have handled. Keith’s son, Jeremiah Ellison, conveniently serves on the city council.

Donald Trump Jr. responded to the latest implication made by Ellison. See Below

“Radical anti-cop Dems like Keith Ellison will be calling the shots in a Biden Administration,” Trump Jr. tweeted. “In Joe Biden’s America, police departments will be crushed by leftwing extremists and no one will be safe.”

Radical anti-cop Dems like Keith Ellison will be calling the shots in a Biden Administration.

In Joe Biden's America, police departments will be crushed by leftwing extremists and no one will be safe. https://t.co/4PvLtllsHy