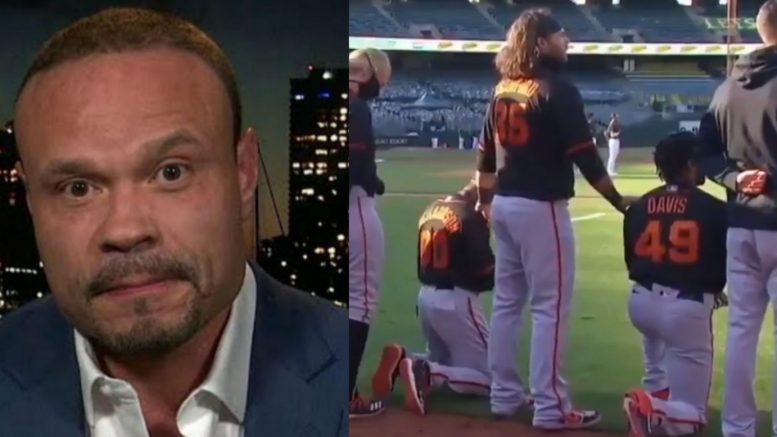 The San Francisco Giants took social media by storm on Monday night, as several players and coaches chose to kneel during the National Anthem before their first exhibition game.

As reported by NBC, “Manager Gabe Kapler and members of the coaching staff joined players Mike Yastrzemski, Austin Slater, and Jaylin Davis and coaches Antoan Richardson and Justin Viele in taking a knee, according to NBC Bay Area. Shortstop Brandon Crawford stood between Richardson and Davis, who are both Black, and placed his hands on their shoulders in an apparent sign of support.”

Major League Baseball (MLB) showed full support of Giants who took part in the silent protest when they tweeted a video clip of the moment along with the hashtag #BlackLivesMatter and an emoji that compliments the movement.

Members of the @SFGiants kneel during the National Anthem. #BlackLivesMatter pic.twitter.com/QbvAvCZiEs

It has never been about the military or the flag. The players and coaches are using their platforms to peacefully protest.

“And I’ll be adding myself to the long list of Americans who won’t see it as we tune these disrespectful ignoramuses out. No more baseball for me,” Bongino tweeted.

Without specifically calling out the San Francisco Giants for kneeling during the National Anthem, President Trump scolded athletes who show “great disrespect for our country and our flag.”