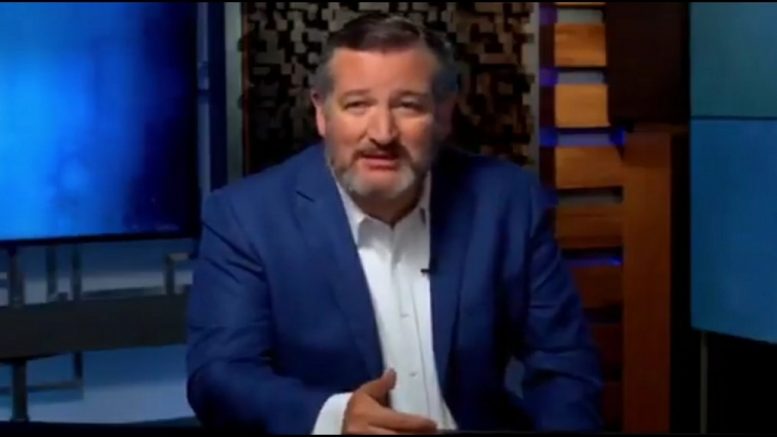 Ted Cruz thinks that ‘it’s all over” if Democrats succeed at winning key election contests in Texas in 2020.

With polls showing Joe Biden and President Trump neck and neck in the state that generally leans Republican, the 38 electoral votes and Senate seat that are up for grabs in Texas have never been more important, according to Sen. Cruz. And he explained why in a video that was uploaded to social media on Sunday.

“The future of our country and the American dream are very much at stake in 2020,” Cruz said. “We’ve never seen anything like this.”

“In Texas, the stakes are especially high. Texas is the single biggest target for the left in 2020, politically speaking,” he continued. “The 38 electoral votes at stake, there’s a U.S. Senate seat at stake and Texas is the key for national domination for years to come. If Democrats win Texas, it’s all over.”

“If we don’t win Texas, we lose the White House, we lose control of Washington,” Sen. Cruz declared. “We lose the precious freedoms that Texans and all Americans believe in.”

Such rights that the senator said are at stake include the right to free speech, the right to religious liberty and the right to bear arms to protect yourself and your family from harm.

“As we watch our country burn, those rights are even more precious and valuable. That’s whst this election is all about,” he concluded. Video Below

Sen. @tedcruz: "If the Democrats win Texas, it's all over." pic.twitter.com/GYmutbnSan