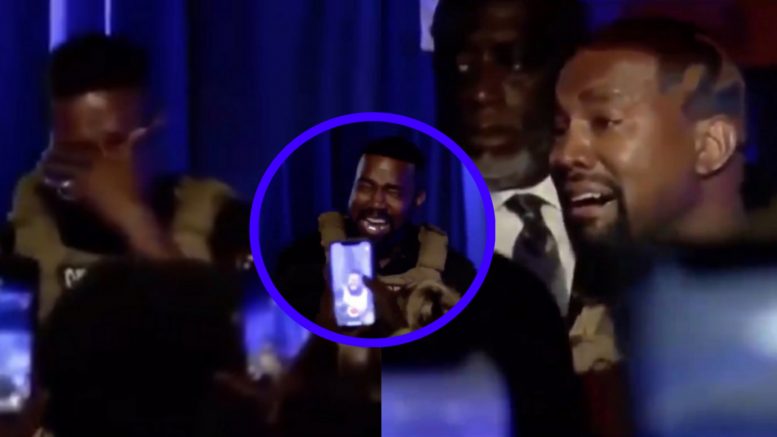 Rap artist and 2020 presidential candidate Kanye West had an emotional break down on Sunday during his campaign event in South Carolina.

West was discussing the topic of abortion when he claimed that his father wanted to abort him but his mom saved his life. He then began crying and shouted, “I almost killed my daughter!”

“My dad wanted to abort me,” Yeezy told his supporters. “My mom saved my life. There would have been no Kanye West because my dad was too busy.”

He then warned supporters “[They’re] gonna try to tell you that I’m crazy. The world’s crazy!” Video Below

Here’s the moment that @KanyeWest broke down when speaking on the topic of Abortion at his Campaign Event in South Carolina. pic.twitter.com/fKr60EPv17