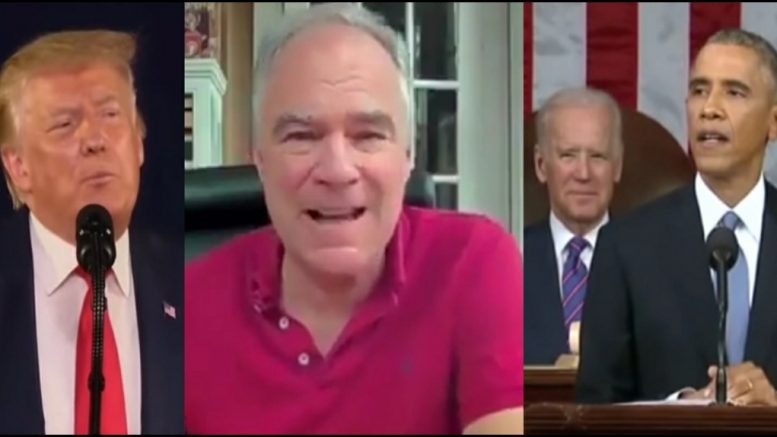 On Thursday, Senator Tim Kaine (D-VA) commended the Trump Administration’s Department of Defense for “repelling foreign attacks” during the 2018 election and for making “Russia pay a price.”

Kaine then surprisingly acknowledged that the Obama Administration failed to properly react to Russia’s involvement in the 2016 election “even though they were aware of the attack.”

Related Article: In A Poll, Donna Brazile Asks If ‘All Roads Seem To Lead To Putin’, Gets Reality Checked

“Our DOD did a very good job of repelling foreign attacks on the 2018 election,” Kaine admitted.

“When you detect an incoming attack, you have to take affirmative steps to make the attacker pay the price. The Obama Administration didn’t do that in 2016, even though they were aware of the attack,” he declared. “They didn’t make Russia pay a price.”

“We did make Russia pay a price in 2018,” Sen. Kaine proclaimed. Video Below