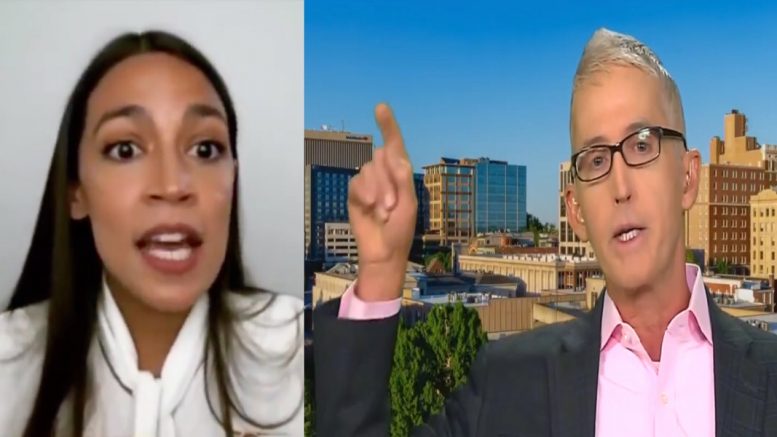 Asked what is causing the crime spike in New York City, Trey Gowdy said: “I think it’s a couple of things; number one: It’s a culture of lawlessness. … You can’t berate the police for months and months. You also can’t have a list of crimes that are worth enforcing and ones that are not.”

“Listen to the message that’s been sent over the last couple of months; arson’s okay, destroying public property is okay, but God forbid you lie to Peter Strzok or Adam Schiff. So it’s a culture of lawlessness,” he reiterated.

Gowdy also noted that he was in a criminal courtroom for two decades and said there is a “limited number of people that are going to hurt you– really limited number your fellow citizens that want to hurt or kill you”.

“The best thing for you is to separate them from you. Whether that be in prison or in jail awaiting trial. When you have bail reform or bond reform, you are letting people out that otherwise in the past would have been detained until their trial date. If 95% of our fellow citizens are good people and law abiding people of good conscience– just identify the 5% and separate them from society. That’s the way to get crime to go down,” he recommended.

Congresswoman Alexandria Ocasio-Cortez recently addressed the “uptick” in criminal activity in New York City, saying: “Maybe this has to do with the fact that people aren’t paying their rent and are scared to pay their rent and so, they go out and they need to feed their child, and they don’t have money, so you maybe have to — they’re put in a position where they feel like they either need to shoplift some bread or go hungry that night.” Continued Below

AOC doubled down on her remarks and tweeted: “Republicans are all upset that I’m connecting the dots between poverty and crime. I know most of them haven’t experienced or seen these issues first hand, but I have. This may be hard for them to admit, but poverty and crime are highly linked, both violent & nonviolent alike.”

Gowdy responded to AOC’s claims, saying: “God forbid my two decades in a courtroom compare with her experience as a bartender. Was the one year old killed because that child was holding a loaf of bread? Poor people are no more likely to cause you harm than rich people. That is not the line of demarcation. It is not whether you are rich or poor. It is whether you are law abiding or not law abiding.”

“The spike in murder cases, the spike in auto theft, the spike in burglaries– what the hell does that have to do with people being hungry? Go check the criminal history of the people committing these murders. See how many of them were committing their first criminal offense since the pandemic started and see how many of them are career offenders where this is just a culmination of lifetime of crime that resulted in murder. I’ll bet you they’re not first time offenders,” he said. Video Below

Gowdy also said that “anyone that believes in logic will have issue with her stance”, referring to AOC. “You can’t be evicted in New York, so how could you be killing people because you’re being evicted?”

“This is a city and state being run by Democrats. If they’re having a hard time getting bread, she needs to look at her own party and not blame Republicans. We don’t run New York, she does,” he added.

(Related: AOC: “Republicans Are All Upset Because I’m Connecting The Dots Between Poverty & Crime”)

READ IT: Trump Sends Letter to MI GOP Delegates Calling to ‘Get Behind’ Lawyer Matthew DePerno for MI Attorney General