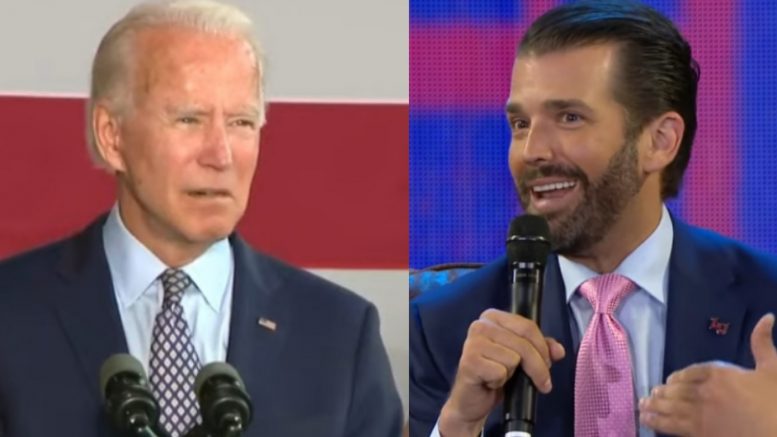 Furthermore, 38% of respondents think that Joe is suffering from some form of dementia, 20% of which are Democrats.

According to Rasmussen Reports:

The latest Rasmussen Reports national telephone and online survey finds that 54% of Likely U.S. Voters think Biden is capable of debating the president. Thirty-six percent (36%) disagree and say he is not capable of such a debate. Another 11% are not sure. (To see survey question wording, click here.)

But then 38% of all voters, including 20% of Democrats, believe Biden is suffering from some form of dementia. Sixty-one percent (61%) think it is important for him to address the dementia issue publicly.

Trump Jr. tweeted an article about the survey results and captioned it: “In all fairness, Joe Biden is not capable of debating Barron Trump let alone Donald Trump.” Video Below

In all fairness, Joe Biden is not capable of debating Barron Trump let alone Donald Trump.