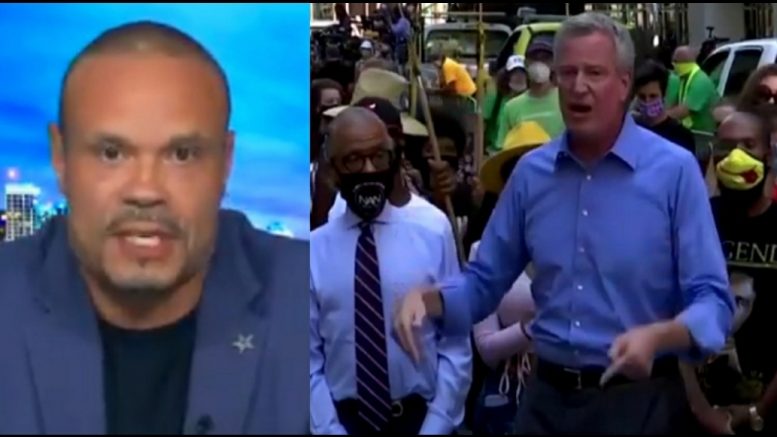 Dan Bongino slammed New York City mayor Bill de Blasio “and his brigade of buffoons” as crime has spiked in the city amid budget cuts to the New York Police Department.

Bongino, who served on the NYPD from 1995 to 1999, voiced sharp disapproval for how the city is being managed as he has witnessed it “collapse into shambles and chaos in just a few years.”

What is most “gut-wrenching” and “disturbing” about the situation in New York City, according to Bongino, is that “it happened because of tangible, touchable, material decisions by this complete buffoon de Blasio and his brigade of buffoons around him in the city council.”

“If you were trying to destroy New York City — intentionally trying, like Dark Knight, Gotham, Bane-style or something — would you do anything different then de Blasio is doing now? And the answer is hell no you wouldn’t! You would do exactly what de Blasio is doing” Bongino exclaimed.

“It’s almost as if this guy is a nihilist or something,” he added. Video Below

“To watch NYC collapse into shambles is gut wrenching,” @dbongino said reacting to the spike in crimes in New York. pic.twitter.com/HGHnpZ9lVE

Bongino On Graham Lacking ‘Desire’ To Subpoena Schiff’s Phone Records: “Enough Of This BS. Take The Gloves Off Already!”