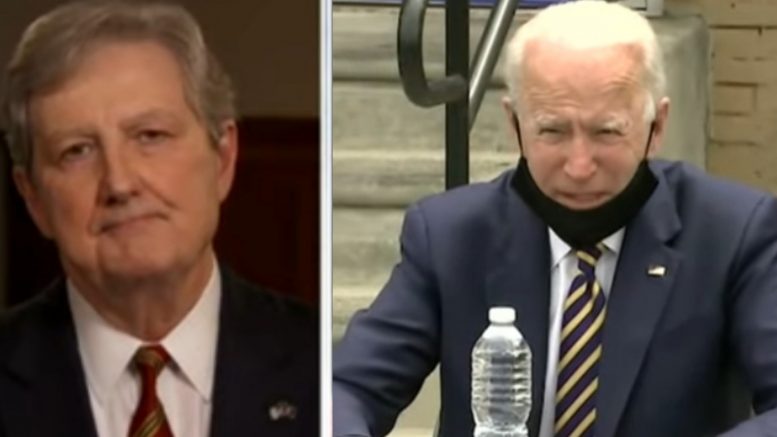 “We’re going to beat Donald Trump,” Biden tweeted. “And when we do, we won’t just rebuild this nation — we’ll transform it.”

We're going to beat Donald Trump. And when we do, we won't just rebuild this nation — we'll transform it.

In response, Sen. Kennedy told Sean Hannity, “The Vice President said he will transform America. He will, and the American people will pay a fearsome price.”

“His foreign policy is hugs and hot cocoa for America’s enemies,” he continued. “If he’s elected, my advice to you is build a fallout shelter….weakness invites the wolves.”

Kennedy went on to claim that Biden wants Americans to “surrender our money and our freedom — every bit of it — to Washington” and he will “eviscerate our health care delivery system.” Video Below