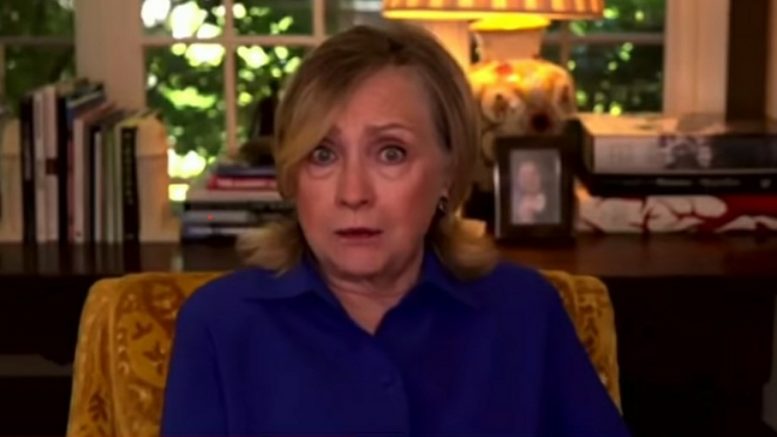 Hillary Clinton is confident that if she was President, she would have done a “better job” of handling the COVID-19 pandemic compared to the way President Trump has responded to it. And if given an opportunity to face off against Trump in 2020, the former Secretary of State said she would beat him this time around.

Hillary made the remarks in an interview with The Hollywood Reporter’s “Awards Chatter” podcast that was published on Friday.

When asked if she would beat President Trump in the event of a 2020 rematch, Hillary replied, “Yes. But I think people believe that this is a referendum on him.”

She went on to say, “You know, when he ran before, people who knew him mostly knew him from reality TV. He’d been in their living rooms, and he was a businessman, and he looked like a billionaire, and he rode around in his big plane and all of that. So they kinda thought, ‘Well, hey, you know, give the guy a chance. Let’s see what he can do.’ And now everybody, I think, knows what the consequences of that have been.”

Clinton has occasionally flirted with the idea of a rematch against President Trump, with some analysts suggesting that a brokered Democratic convention could land Hillary back on top of the 2020 ticket. Continued Below

Back in February, former Hollywood actor James Woods compared Bill and Hillary Clinton to “nuclear cockroaches” while suggesting a “brokered” Democrat convention could end up sending Hillary Clinton on her way to a rematch against President Trump.

“The #Clintons are like nuclear cockroaches. They can survive anything,” Woods tweeted. “Remember you read it here: #HillaryClinton has a solid chance at being the 2020 Democratic presidential nominee in a brokered convention. She’s the Terminator of American politics.”

The #Clintons are like nuclear cockroaches. They can survive anything. Remember you read it here: #HillaryClinton has a solid chance at being the 2020 Democratic presidential nominee in a brokered convention. She’s the Terminator of American politics.

In ending, here is Woods’ reaction to Hillary suggesting that she would have done a better job of handling the coronavirus pandemic:

Does vodka kill the virus? https://t.co/eXZ4vdQflz

Tucker: ‘Trump Was Right… This Isn’t a Conspiracy Theory’ – ‘Democrats Were Spying on Donald Trump’