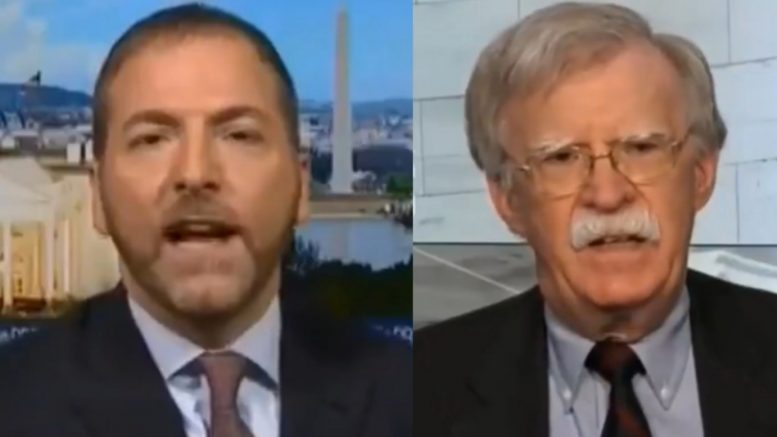 Todd floated the idea while interviewing Trump’s former National Security Advisor John Bolton, who has been painting a negative depiction of the President through interviews and in his newly released book “The Room Where It Happened.”

Mr. Todd asked, “Do you think…that the President is afraid to make Putin mad because maybe Putin did help him win the election and he doesn’t want to make him mad for 2020?”

Bolton immediately knocked down the notion presented by the NBC host.

“Honestly, I don’t think there’s evidence for that,” Bolton replied. Video Below

The theory that President Trump’s campaign colluded with Russia in the 2016 election has been disproven time and time again, even by Special Counsel Robert Mueller’s two year investigation. So the fact that Todd is trying to rekindle the theory and is already applying it to the 2020 election is quite disturbing.