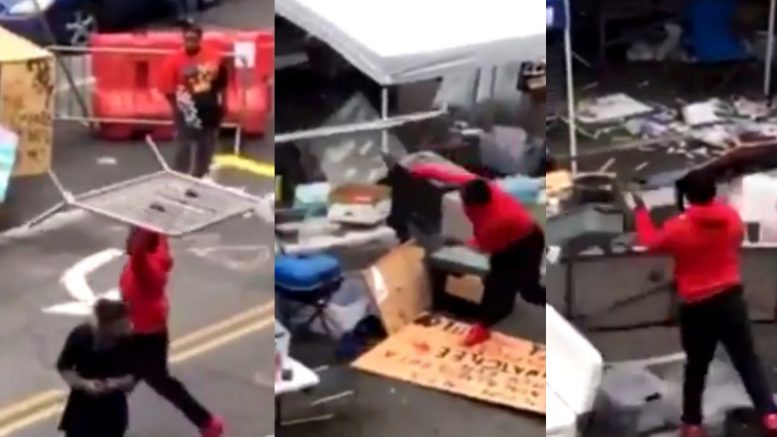 A disgruntled Seattle man took matters into his own hands as he began dismantling a section of CHAZ and told occupants of the autonomous zone that it’s time to “go home.”

In a video uploaded to Twitter, a man in a red hoodie and red shoes is seen walking into a blocked off section of CHAZ and then breaking apart and tossing sections of metal barricades into a mess of supplies.

Related Article: Man Who Got Shot In CHAZ Hints At Legal Action Against Police: “Cops Left Me Out There To Die”

The man is also seen going over to tables that were set up next to tents and flipping them over as occupants of the zone stare at him.

“F**k all you guys. Go home!” the man tells occupants while tearing their section apart.

In a seperate video, the same man is seen lecturing other people in the area on why the CHAZ movement is “not a black movement”.