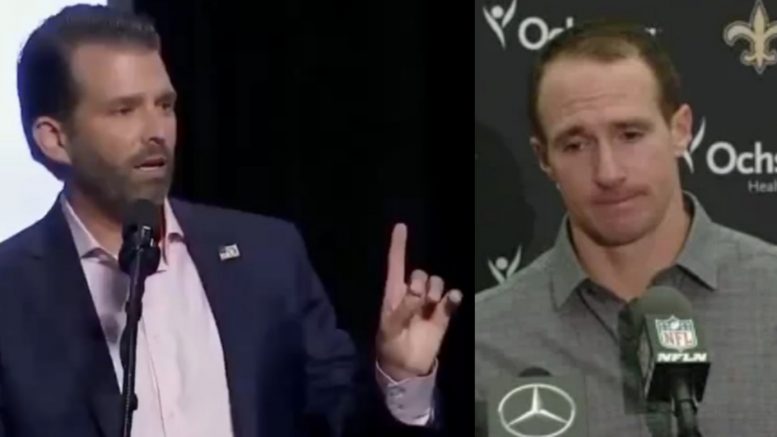 Donald Trump Jr. had a special message pertaining to New Orleans Saints quarterback Drew Brees, while speaking at the “Students For Life” rally on Tuesday.

Trump Jr. suggested Brees “bowed to the mob” when he apologized for saying “I will never agree with anybody disrespecting the flag.”

He then urged the crowd that they should “fight back” if ever caught in a similar situation when they know they are “being right.”

“He bowed to the mob,” Trump Jr. said of Drew Brees.

“And when you bow to the mob, they don’t let it pass,” he continued. “They don’t let you go. That’s when they double down.”

“So don’t bow to the mob. Don’t apologize for being right. Don’t give in because they’d like you to,” Don Jr. advised. “Fight back. Fight for your country.” Video Below

In ending, here’s a segment of Trump Jr.’s speech on Tuesday: