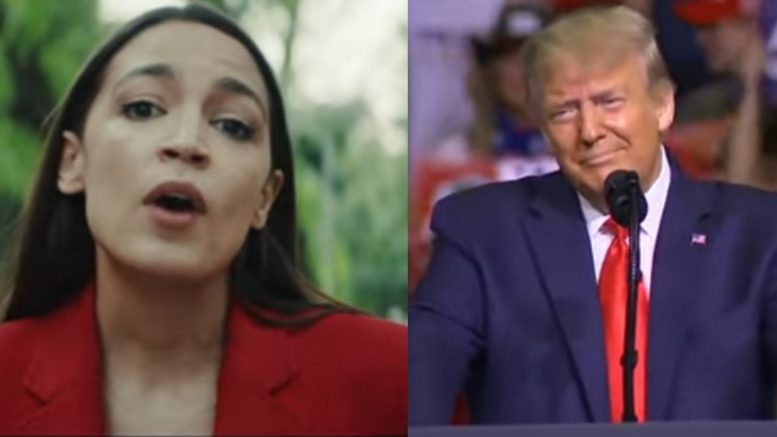 President Trump’s rally crowd in Tulsa appeared to be much lower than expected, as the BOK Center didn’t reach full capacity despite having over one-million ticket signups.

Mainstream news sources jumped on the narrative that there wasn’t as much enthusiasm as expected for the event. However, they failed to report the backstory, which is that thousands of Trump supporters were turned away after protesters blocked the gate entrance and metal detectors.

“Radical protestors, fueled by a week of apocalyptic media coverage, interfered with @realDonaldTrump supporters at the rally,” Trump 2020 campaign manager Brad Parscale tweeted. “They even blocked access to the metal detectors, preventing people from entering. Thanks to the 1,000s who made it anyway!”

Sure no blocked gates @cnn. @cnn if you think families with children will push through this your sick.

America, this is the country @CNN is ok with, think about that.

This is the main gate of the rally: pic.twitter.com/wSKwotoajq

In response to one of Parscale’s tweets, Alexandria Ocasio-Cortez claimed that the smaller than normal rally crowd came as a result of teens on TikTok who “flooded the Trump campaign with fake ticket reservations” and she applauded them for it.

“Actually you just got ROCKED by teens on TikTok who flooded the Trump campaign w/ fake ticket reservations & tricked you into believing a million people wanted your white supremacist open mic enough to pack an arena during COVID,” AOC tweeted. “Shout out to Zoomers. Y’all make me so proud.”

“KPop allies, we see and appreciate your contributions in the fight for justice too,” she added.

KPop allies, we see and appreciate your contributions in the fight for justice too 😌

Ocasio-Cortez got blasted immediately following her tweet, where her opposition pointed out that not only is AOC promoting fraud, but also is applauding interference that may have taken place on a Chinese-owned social media platform.

Here are some of the most highly-engaged responses:

So you’re admitting your fans committed fraud by booking tickets hoping to leave a bunch of empty seats by then not showing up. And on top of that your calling the president a Nazi. You are a deranged. 🐄💨

Should she be investigated for foreign collusion?

FOREIGN COLLUSION! How is this different from “Russia if you’re listening…”?

Tik Tok is a Chinese Communist Party controlled platform and you’re bragging about an effort to undermine a US election on there?

So now you’re aiding the Chinese Communists influence the election of a President? #defundcommunists

Wow – a US Dem congresswoman openly admitting she solicited foreign influences to disrupt a presidential campaign … on a global social media platform. It doesn’t get any easier for the @FBI .

So u approve of teens who are hackers and spreading false info.
Great leadership AOC…😳🙄 typical of the left thinking though.

Hi AOC, so you brag about TikTok a Chinese communist platform to do what leftists do best manipulate youth to believe they are a part of some magnificent revolution only to wake up one day wondering what happened to their freedom and great way of life… https://t.co/tthBBQa9gJ

Who needs the Russians when you have Democratshttps://t.co/G7Svem6gnT