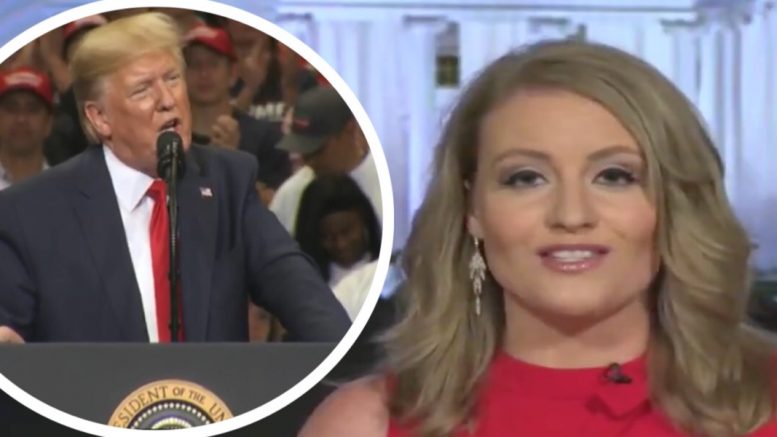 Ellis’ remarks come after an Oklahoma judge rejected a lawsuit seeking to block President Trump’s rally in Tulsa this Saturday unless it enforces social distancing and other health measures.

The suit, brought by two attorneys on behalf of city residents and business owners, claimed that the rally would put the community at increased risk of coronavirus infection.

However, Judge Rebecca Nightingale on Tuesday denied the request for a temporary injunction against the company managing the venue.

“I say the easiest solution here is instead of a rally, we call it the Trump 2020 protest against Democrats, and socialism, and Joe Biden’s hypocrisy. So this is the Trump 2020 for keeping America great,” Jenna Ellis expressed.

Ellis argued there is no statistic that an “indoor event” is different than “mass rallies and protests”, which have occurred nationwide since the death of George Floyd.

“We are taking every health and safety precaution by providing masks, hand sanitizer, and also, temperature checks at the door,” she said of the upcoming Tulsa rally.

Ellis also noted of the lawsuit: “It is very egregious in the sense that it is very politically motivated because at least two of these groups that support the racial tension awareness from the 1921 Tulsa, Oklahoma massacre, and so, they specifically cite that in the lawsuit. So I think it’s very disingenuous to say this isn’t politically motivated.” Video Below

The easiest solution is instead of a rally we can call it a Trump 2020 Protest against Democrats, socialism, and Joe Biden’s hypocrisy.

Meanwhile, Trump supporters are already lining up for President Trump’s highly anticipated rally in Tulsa, Oklahoma that is set to take place on Saturday at the BOK Center.

The event will mark the first Trump rally since the coronavirus pandemic temporarily shut down businesses from opening and large gatherings from taking place. As of Wednesday morning, ticket signups for the event neared one million, according to President Trump.