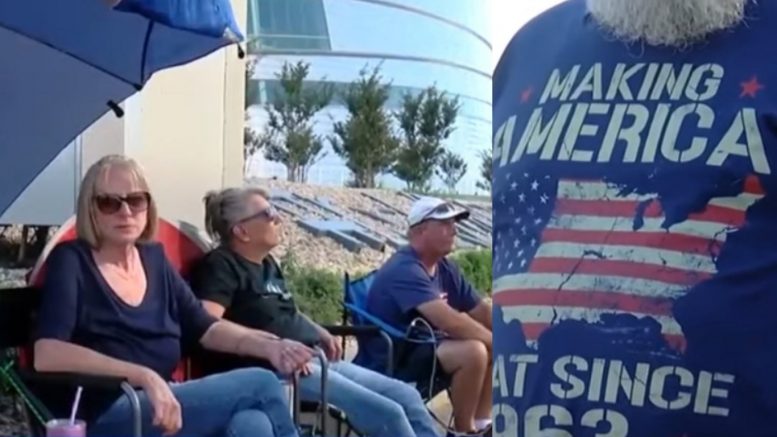 Trump supporters are already lining up for President Trump’s highly anticipated rally in Tulsa, Oklahoma that is set to take place on Saturday at the BOK Center.

The event will mark the first Trump rally since the coronavirus pandemic temporarily shut down businesses from opening and large gatherings from taking place.

As of Tuesday morning, ticket signups for the event neared one million, according to President Trump.

KOCO 5 News in Oklahoma City reported that signups passed the one million mark later in the day.

While it’s still unknown how many of the million-plus ticketholders will actually show up, some Trump supporters were taking no chances of missing the excitement as they were seen camping out outside of the BOK Center on Tuesday.

“There are about a dozen people right now who are rotating in and out in front of the BOK Center,” KOCO 5’S Evan Onstot reported. “They say showing the President some love — that’s what’s on their mind. And the threat of COVID — that is not.” Video Below

Onstot also reported that Oklahoma Governer Kevin Stitt has asked the Trump campaign to choose a “second overflow venue” at an outdoor loaction to help prepare for the masses of people expected.