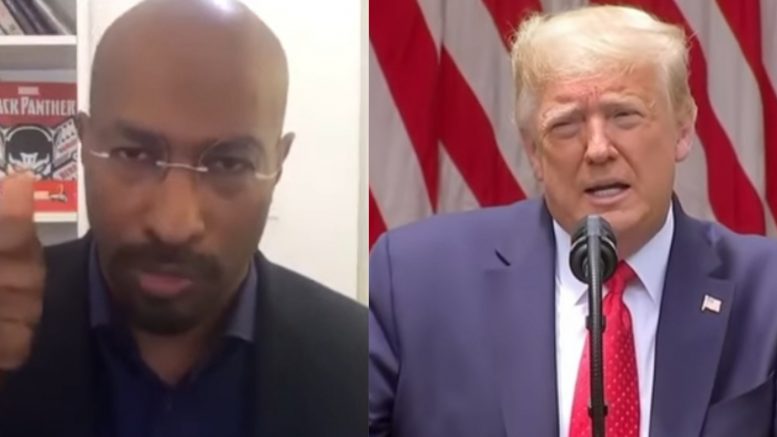 “As part of this new credentialing process, chokeholds will be banned, except if an officer’s life is at risk,” President Trump said while speaking about the executive order. “And I will say, we’ve dealt with all of the various departments and everybody said ‘it’s time.'”

As reported by Axios:

“Under the order, police departments that meet certain standards, outlined by the Justice Department, on use of force will be given access to federal grants, a senior administration official said on a call with reporters on Monday.”

“Departments must ban the use of chokeholds to receive such certification, unless an officer is targeted by deadly force,” Axios reported. “The order also moves to create a national registry to track police officers with multiple instances of the use of excessive force.”

“The order also includes new programs that would help law enforcement officials better deal with mental illness, homelessness, and addiction — including encouraging departments to involve mental health professionals and social workers to work alongside officers in the field,” according to Axios.

Trump then challenged Congress to help him come up with more meaningful reform in the days ahead.

CNN’s Van Jones declared “progress has been made” in response to President Trump’s newly announced executive order for police reform.

“There is a new floor, a higher floor for Congress to now depart from that includes law enforcement support for data, for de-escalators, for better training and against chokeholds,” Van Jones said. “I think progress has been made.” Video Below

In ending, here is a clip from Trump’s Tuesday speech: