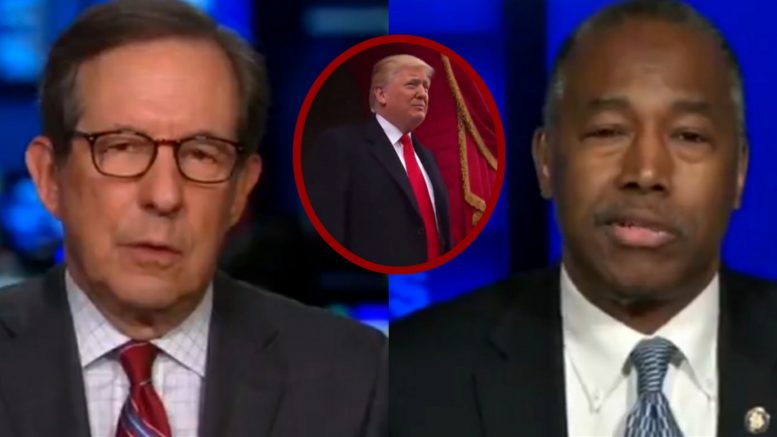 The pair were discussing whether there is a problem with law enforcement in black neighborhoods, which Carson agreed needs to be reformed, just like other problems and issues that have been successfully reformed since President Trump took the oath of office.

“We need to look at appropriate reforms,” Dr. Carson told Wallace in relation to policing in black neighborhoods. “And this is probably a good time to shine the spotlight on it and get it done.”

“And I think that’s one of the things that the President has made very clear, and that is this is an issue. It will be looked at, it will be dealt with very much the same way that the other problems were,” he added.

“Criminal justice reform — people have talked about it forever — this administration has gotten it done, ” Carson declared. “Getting money into the areas that have been depressed — this president has done it.”

“Dealing with HBCU’s, he has done it. And he’s gonna do something about this as well,” he proclaimed. Video Below

In ending, here is a video Californian candidate for Congress Errol Webber shared while wishing the president a happy birthday and showing gratitude for Trump’s efforts thus far:

America is better for having you as @POTUS, @realDonaldTrump!#HappyBirthdayTrump pic.twitter.com/Rv1eD10sqA