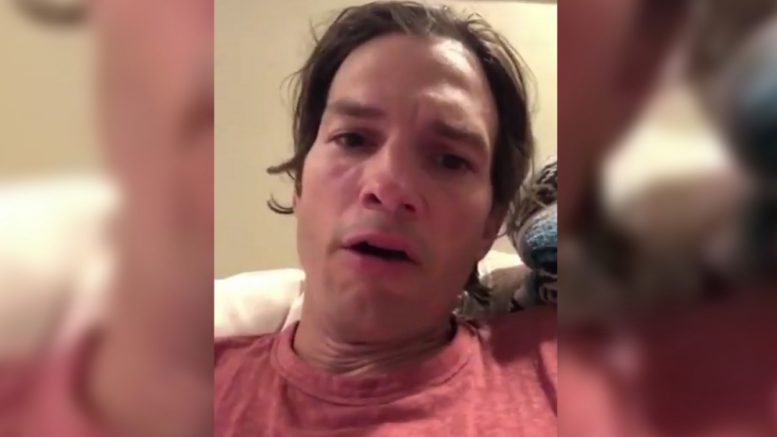 Hollywood actor Ashton Kutcher made an emotional attempt to explain why “Black Lives Matter” in wake of racial tensions that have spurred across America following the death of George Floyd.

In a selfie-video that was uploaded to social media, Kutcher referenced a conversation he had with his children while reading bedtime stories to help “educate” those who keep posting and saying “All Lives Matter”

“I don’t think that the ones posting ‘All Lives Matter’ should be cancelled. I think they should be educated,” Kutcher said.

“We all agree all lives matter.” he continued. “But I had a pointed experience tonight when I was putting my kids down to bed that lent the words for why black lives matter.”

“So for us, Black Lives Matter,” he added. “So while you may have the best intentions in saying ‘All Lives Matter,’ remember for some people black lives don’t matter at all.” Video Below