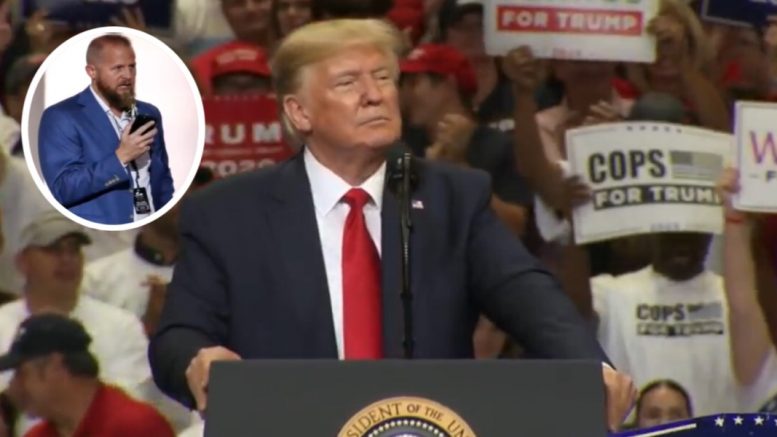 On Monday, The Freedom Times reported that the Commander in Chief will soon hit the road for another round of campaign rallies, confirmed by Trump 2020 reelection officials.

The campaign is planning to relaunch in-person events and campaign manager Brad Parscale is reportedly preparing a list of potential sites willing to relax coronavirus social distancing guidelines to allow spectators to attend. The president’s last rally was in March.

“Americans are ready to get back to action and so is President Trump,” campaign manager Brad Parscale said in a statement. “The Great American Comeback is real and the rallies will be tremendous. You’ll again see the kind of crowds and enthusiasm that Sleepy Joe Biden can only dream of.”

He clarified by revealing: “Over 200K tickets already & it’s not even political season. Looking at a 2nd event in town to get more people to be w/@realDonaldTrump. Gonna be GREAT in the most open state in nation!” Two hours later, Parscale tweeted: “Correction now 300,000! Going to be epic!”

Trump #MAGA Rally in Tulsa is hottest ticket ever!

Over 200K tickets already & it’s not even political season.

Looking at a 2nd event in town to get more people to be w/@realDonaldTrump.

Gonna be GREAT in the most open state in nation!

President Donald Trump said rallies will be held in Florida, Arizona and North Carolina possibly next.

The president rescheduled the rally for Saturday June 20, 2020.

We had previously scheduled our #MAGA Rally in Tulsa, Oklahoma, for June 19th – a big deal. Unfortunately, however, this would fall on the Juneteenth Holiday. Many of my African American friends and supporters have reached out to suggest that we consider changing the date out…

…We have already had ticket requests in excess of 200,000 people. I look forward to seeing everyone in Oklahoma!