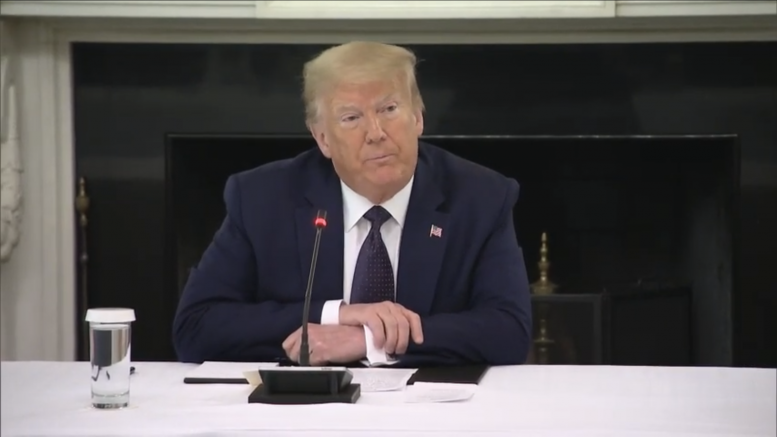 On Monday, the Commander in Chief held a round table event at the White House with law enforcement amid calls for defunding the police. Attorney General William Barr was also in attendance and spoke during the event.

Minneapolis’ left-leaning City Council members on Sunday announced a veto-proof push to disband the Minneapolis police, even as the mayor made clear he does not support abolishing the department, Fox News reported.

“We won’t be ending our police force in a city. I guess you might have some cities who might want to try, but it’s going to be a very sad situation if they did, because people aren’t gonna be protected,” the Commander in Chief warned.

The president explained that law enforcement does a “tremendous job of protecting citizens of our country,” noting that is what police are paid for, adding, “Whether they were paid or not, that’s what they do.”

“Somebody put it very beautifully before where they said they protect people, risk their own lives for people they’ve never seen before, people in many cases they don’t know you, you’re protecting the lives of people you don’t know. It’s an incredible thing,” the president expressed. Video Below

Attorney General William Barr: President Trump is “committed to reforming the criminal justice system and the profession of policing today, and there hasn’t been a president recently who has been more committed”.